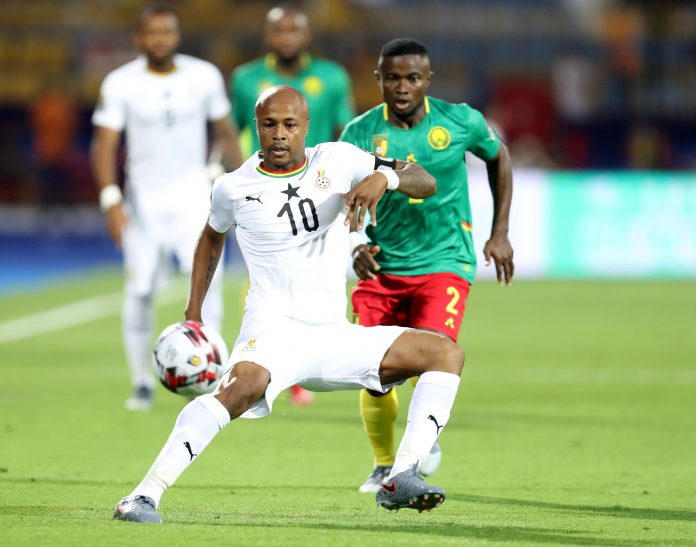 Ghana’s captain, Andre Ayew has been named in a three-man shortlist for Footballer of the Year award for 2021 in Ghana.

Ayew ended the championship season in England as top scorer for Swansea City FC with 17 goals and four assists in 2020-21 campaign.

Ayew, for a second year running took his team to the playoffs of the English Championship but came short against Brentford FC in the final at Wembley Stadium.

Mohammed Kudus who won the 2020-21 Dutch Eredivisie and KNVB Cup is the other player based in Europe to be recognized for the upcoming awards which was launched on Wednesday afternoon in Accra.

The 20-year-old Ghanaian prodigy scored four goals and gave three assists in 17 matches in a season that he spent months on the sick bed.

Accra Great Olympics star, Gladson Awako has been nominated for the Ghana Footballer of the Year award for 2021 and is the only home-based player gaining for the award.

Awako has been the face of the Ghana Premier League season with a lightening display which earned him a Black Stars call-up.