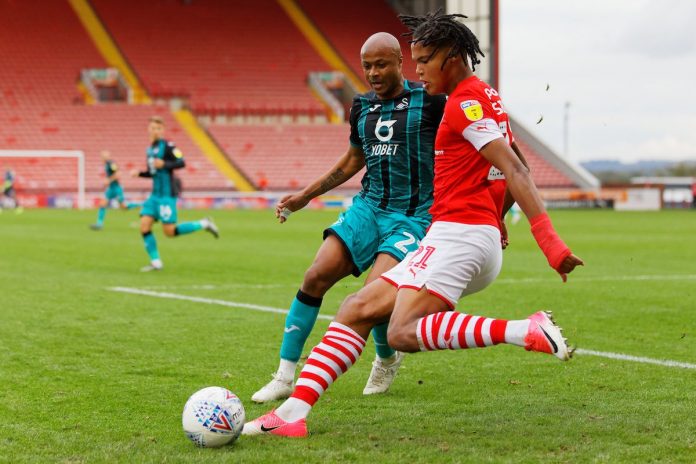 Black Stars captain Andre Ayew has scored for the third time for Swansea City in the English Championship as they dropped points on the road against Barnsley on Saturday.

The FIFA U-20 winner gave his side the lead in 67th minutes only for Barnsley to equalize three minutes later through a strike from Alex Mowatt to make sure the game ends one all with both failing to convert late chances created in the game.

The 29-year-old has three goals and three assists to his credit this season in the second tier of the English leagues.

Ayew was on the verge of leaving the club before the start of the season but has changed his fortunes at the club with his eye-catching displays.