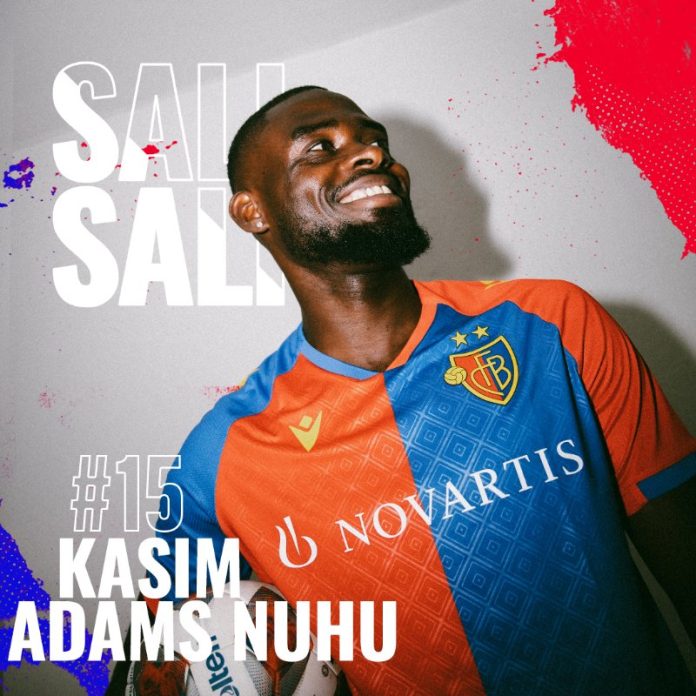 The Ghanaian defender has signed for the Red and Blue outfit on a one year deal which has a buy back option that could see him extend his stay in Switzerland.

The 24-year-old hard tackler joined the German Bundesliga team TSG Hoffenheim from Young Boys in 2018 in a 5 year deal which runs out in 2023.

He has been unveiled for the 2022-23 season in Switzerland which started last weekend and will play in the Europa League competition with Basel.

He has had some stints with Ghana’s Black Stars in the past and could be considered for the 2022 World Cup tournament in Qatar later this year if he finds his old form.