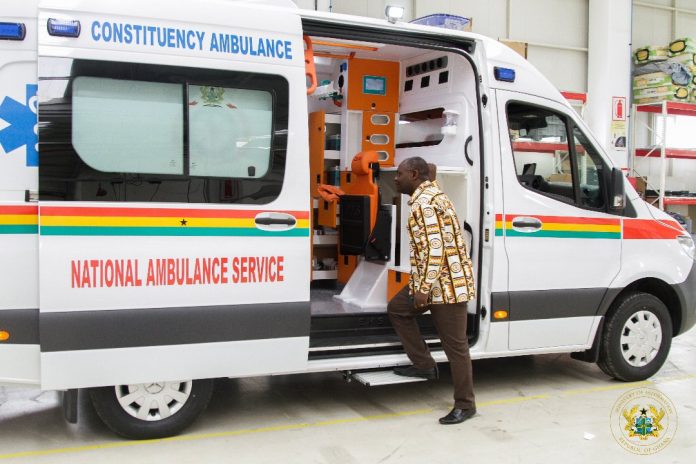 Government is expected to take delivery of 300 ambulances before the end of the year.

A government delegation led by the Minister for Special Development Initiative, Mavis Hawa Koomson reports that work on manufacturing and assembling of the ambulances is near completion.

Minister for Special Development Initiative, Koomson said the ambulances will boost the operations of the National Ambulance Service and help improve emergency health care in Ghana.

She said there were arrangements with the manufacturers to also set up a maintenance and spare parts unit in Ghana to deal with mechanical faults once they occur.
President Akufo-Addo during his campaign in the 2016 elections promised his government will roll out a programme that would assign every constituency one million dollars to facilitate the rapid development of constituencies.

In fulfillment of this promise a programme called Infrastructure for Poverty Eradication Programme (IPEP) aimed at radically improving the state of basic infrastructure as the constituency level was initiated. IPEP will serve as the vehicle through which the capital expenditure will be met.

Zoomlion doing a lot to curb air pollution in Ghana