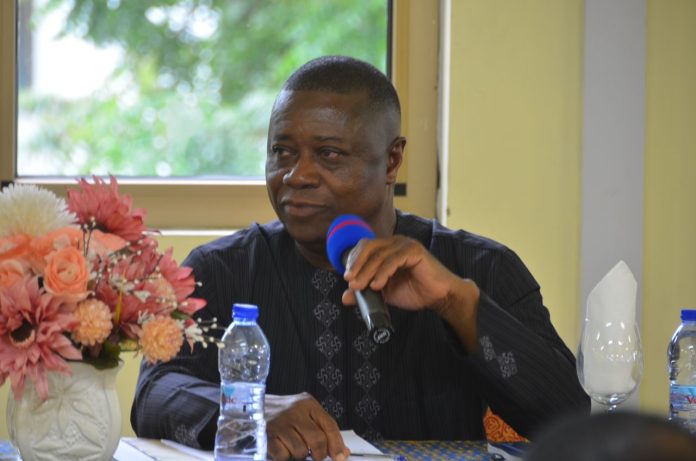 Ambassador Kwabena Osei-Danquah, Special Adviser to the Minister for Foreign Affairs says Ghana is committed to using her seat on the United Nations Security Council (UNSC) to champion the critical agenda of international peace and security.

According to him, Ghana will use its many years of experience with the Council to encourage the strengthening partnerships between the United Nations (UN) and regional bodies to prevent and counter transnational peace and security threats.

“Ghana has played an outsized role since independence in contributing to international peace and security. By being a good international citizen, including respecting international law, we contribute to the larger freedom the UN was founded to promote. We should expect the rest of the world to equally stand up to help solve the challenges we have put on the SC agenda. Indeed, whether it is the Sahel challenge or maritime piracy in the Gulf of Guinea, we are bearing the burden of the world. Our modest agenda is not too big an ambition, even for the Security Council,” he said.

He was speaking at a public lecture putted together by the Ministry of Foreign Affairs and the Legon Centre for International Affairs and Diplomacy (LECIAD) on Wednesday April 27, 2022, on the theme “Collective Security in a Changing Global World Order: An overview of Ghana’s Tenure at the UNSC 2022-2023.”

The seasoned career diplomat who is also a former Chef de Cabinet to the President of the 73rd session of the UN General Assembly said with threats of maritime piracy, terrorism and violent extremist attacks rife in most parts of the world particularly on the continent, Ghana’s non-permanent member role on the Council seeks to get all hands on deck to share intelligence and put in place a collaborative security mechanism to counter these dangers.

Ghana was elected to the UN Security Council as a non-permanent member in June 2021 to serve a two-year term from January 2022 to December 2023 and will assume the presidency of the Council in November, this year.

This will be the fourth time Ghana is sitting on the Council, the only arm of the UN with the authority to issue binding resolutions on member states. Ghana’s last tenure was in 2006-2007 when President Akufo-Addo was Foreign Minister.

Use of deluxe jets by Akufo-Addo unsympathetic to misery of Ghanaians...