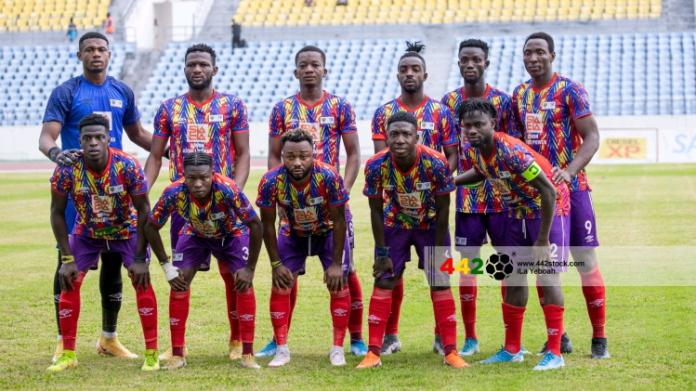 Ghana legend Sulley Muntari has been named on the substitutes list of Accra Hearts of Oak SC as they face city rivals Accra Great Olympics FC this afternoon at the Accra Sports Stadium.

The former Inter Milan and AC Milan midfielder has been named in the 20-man squad by head coach Samuel Boadu as the Phobians play the Ga-Mantse derby today against the DADE Lads.

Goalkeeper Richard Attah who was the first choice goalkeeper before the AFCON tournament with Ghana in Cameroon has been overlooked by the coach as he keeps faith in Richmond Ayi.

Former Great Olympics FC captain Gladson Awako returns to the starting lineup for the first time in three matches and comes up against his old teammates.

Team captain, Fatawu Mohammed who was suspended by the club also walks into the starting lineup for today’s clash with Nurudeen Abdul Aziz making the bench for the first time this season after a long injury lay-off.

The hgame kicks off at 3pm at the Accra Sports Stadium with both teams hoping for a win to gain the bragging right as the Kings of the Ga land.

Below is Hearts of Oak starting XI to face Great Olympics: