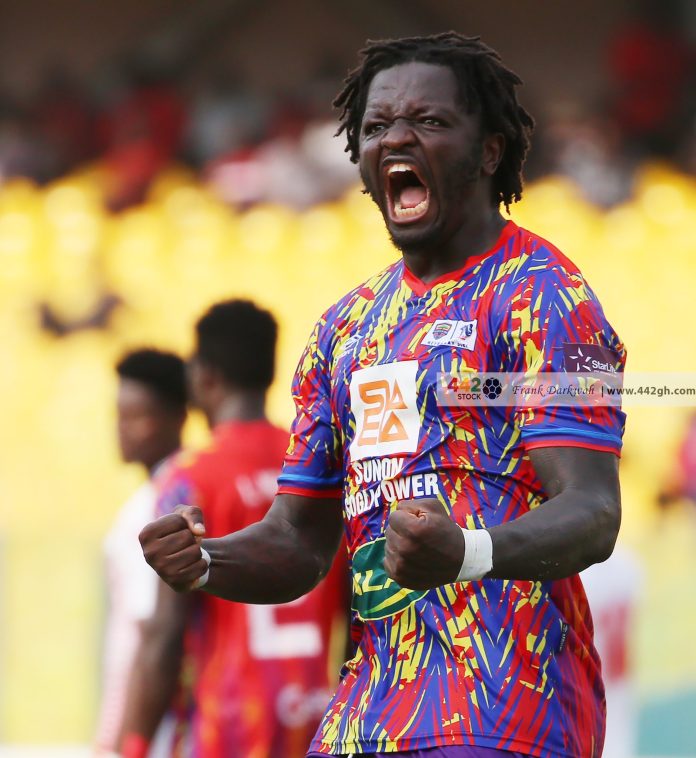 Ghana legend Sulley Ali Muntari has won his first ever Man-Of-The-Match award in the Ghana Premier League after another impressive display on Sunday evening at home against Obuasi Ashantigold SC.

The 37-year-old starred as Hearts of Oak defeated Ashantigold on matchday 2-1 to return to winning ways following their last defeat to Aduana Stars FC in Dormaa.

The former Inter Milan star dazzled in the match and gave pinpoint passes with scintillating performance on the evening to wow the fans.

He joined Hearts of Oak in February this year and has already won his first trophy with the club in the 2022 President’s Cup against rivals Kumasi Asante Kotoko SC.

Sulley Muntari continues to excel in the Ghana Premier League after scooping his first Man of the Match award as Hearts of Oak defeated rivals Ashantigold.

The 37-year-old former AC Milan and Portsmouth star was at his best for the club as a brace from Daniel Afriyie Barnieh helped the champions pick all three points in Accra.

After the game, the Ghanaian football legend was presented his player of the match award as he celebrated another win with his teammates.