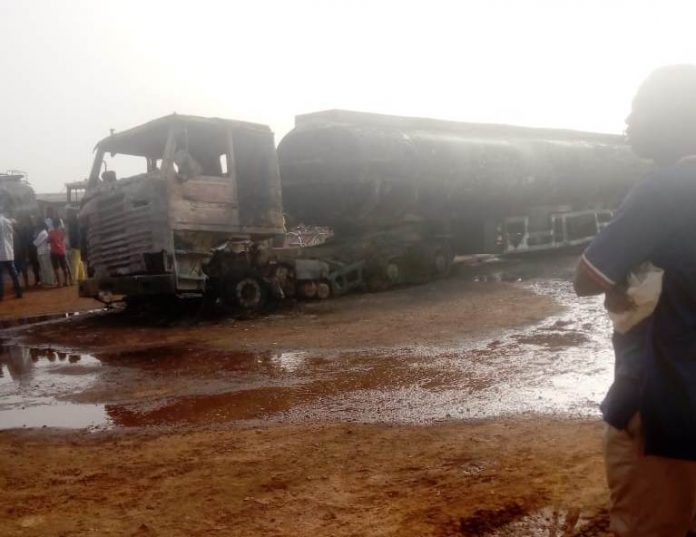 A fire outbreak that occurred at the Bulk Oil Storage and Transportation Company Limited (BOST) last Friday led to a total loss of GHS194,760.00 and damaged two trucks containing diesel and petrol.

The fire occurred at the truck park of the Buipe Depot of BOST, which is the central fuel holding point of BOST serving the Savana, Northern, North-East, Upper East and Upper West regions in the late hours of Friday.

The depot receives products through river barges (via the Volta Lake) and through Bulk Road Vehicles (BRVs) loaded from the Accra Plains depot of BOST.

A statement signed by the Adjei Marlick, the Head of Corporate Communications and External Affairs at the BOST and copied to the Ghana News Agency, said it took a combined force of the depot technical staff and fire officers from the Damongo and Tamale Fire Stations to bring the fire under control around 2200hours.

The statement said the affected BRVs belonged to Ghana Oil Company Limited, GOIL (3) and BF Energy (1) adding that, “In line with our Standard Operating Procedures, trucks loaded with products for distribution to Oil Marketing Companies (OMC) are not supposed to park within the premises of the depot”.

It added that the exact cause of the fire had not been ascertained yet and that investigations were underway adding that, “We shall furnish the public with the details once the technical team completes the investigations”.

The statement said though a sizable volume of products loaded for OMCs, were destroyed in the incident, product supply in the northern regions and the general operations of BOST as a company would not be negatively affected.

The company assured the public that its strategic fuel stocks for the northern regions and the entire nation are intact.

No evidence of money laundering in Ghana – EU clarifies