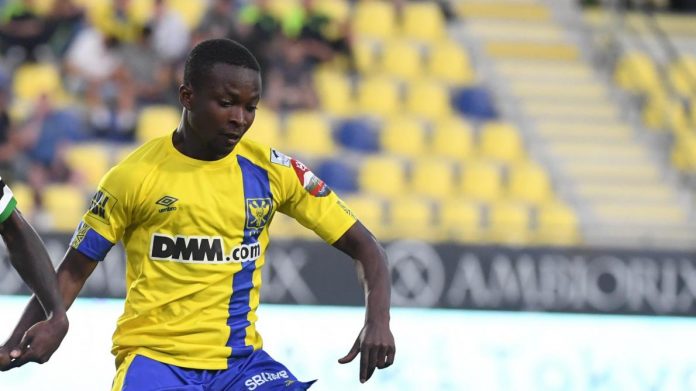 St. Truiden trashed their opponents at their backyard by three unanswered goals with the Ghanaian midfielder playing a crucial role before his injury in the 43rd minute.

The 25-year-old robust midfield dynamo was the most creative player on the pitch before he got injured which forced him out of the remainder of the game.St.

Truiden took the lead in the first half of the 34 minutes into the game before completing the victory in the second half with a penalty and a 90th minute goal to seal an impressive away win.