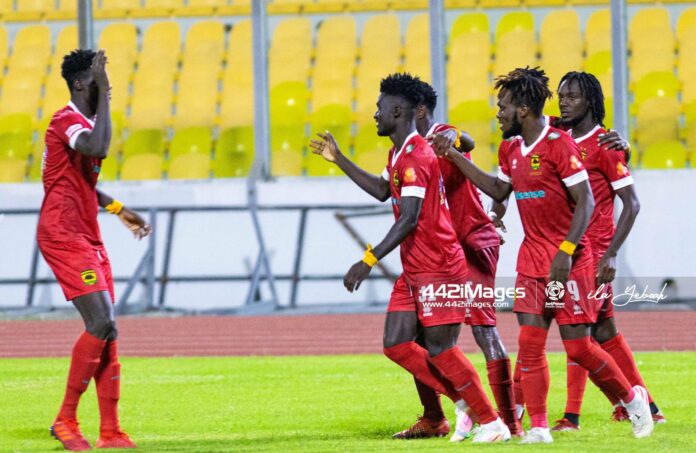 Kumasi Asante Kotoko SC came from a goal down to beat newly promoted Ghana Premier League side Samartex FC at the Baba Yara Sports Stadium in Kumasi on Sunday afternoon.

Kotoko went down to an early second-half goal when Samartex struck first through Prince Antwi four minutes into the second half of the match.

After a goalless draw first half, Prince Antwi scored four minutes after recess to give Samartex FC the lead.

The Porcupines showed character and rescued the game by uplifting their performance after going down.

Youngster Nicholas Mensah equalized in the 78th minute to restore parity for the a determined and a resilient Kotoko team. Another youngster Augustine Agyepong also found the back of the Samartex FC net in the 86th minute to seal a 2-1 win for his team.

This is Kotoko’s third win of the season which takes them to 10 ponts from five matches.

Samartex will hosts Bibiani Gold Stars FC at home in week six round of games in the 2022-23 Ghana Premier League.