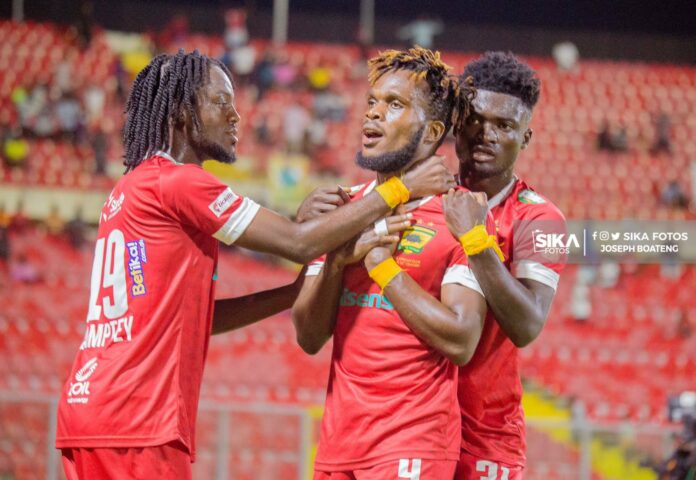 The Reds beat the Insah Allah Boys in stylish fashion with a comprehensive and a commanding 3-0 win over them in the Kumasi derby.

Ugandan striker Steven Mukwala scored the only goal of the match to put the visitors 1-0 up after just 10 minutes with a typical strikers goal.

The goal is his very first since joining Kumasi Asante Kotoko SC in the summer before the start of the season.

He also won the team a spot kick which was nicely converted by captain of the team, Richard Boadu inside 27 minutes to put the away team in a healthy 2-0 lead before the interval.

Nicholas Mensah scored the third and final goal of the match to put the game to bed one minute after returning from the break to make it 3-0 at full time.

This is Kotoko’s second win of the season after three matches with seven points and a game in hand.