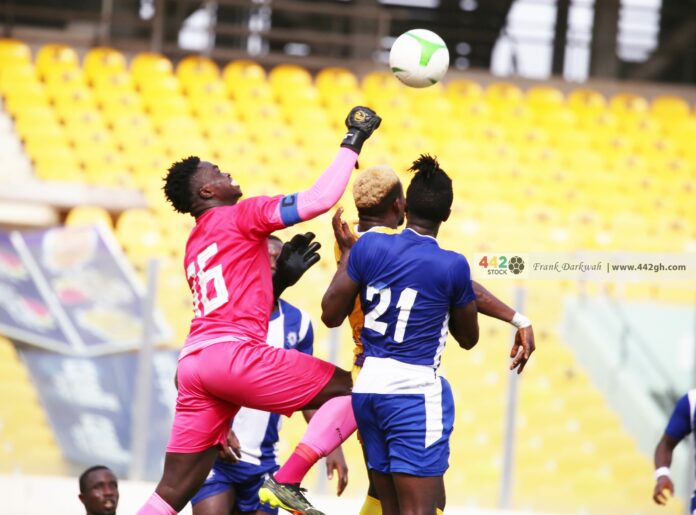 The Dade Boys continued from where they left off before the end of the first round of the 2020-21 Ghana Premier League season with a hard earned narrow win over the Mauve and Yellows.

The home team took the game to the visitors right from the referee’s blast of the whistle and dominated the game with some scintillating and great display of football on the day.

On the 35th minute of the match, Ebenezer Sekyere blocked a shot on target at the edge of the box as Eric Bonsu picked the loose ball and sent a through pass upfront which was flicked by Abdul Mudasiru into the path of Ashie Quaye who controlled the ball well and set himself up nicely into the box before hitting the ball through substitute goalkeeper, Frank Boateng’s legs to make it 1-0.

Three minutes later, Medeama had a chance to equalize but striker, Prince Opoku Agyemang decided to go for glory than to pass to Zakaria Mumuni who was free and umlnmarked in the box as his tame effort was saved by goalkeeper Benjamin Asare.

Amed Toure had a great chance to in the second half but his powerful strike was saved by the short stopper.

The game finished 1 – 0 to the Blue and Whites team who move top of the Ghana Premier League table with 33 points from 18 games.