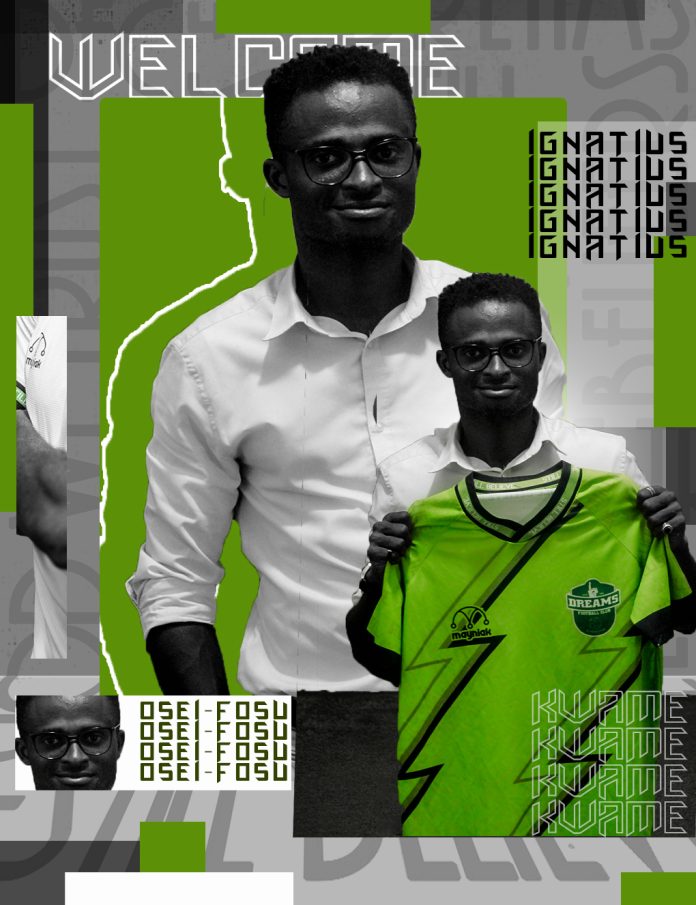 Dawu-based Ghana Premier League side Dreams FC, have announced the appointment of Ignatius Ose-Fosu as the club’s new head coach.

Vladislav Viric parted ways with the club and Ghana U-20 manager Abdul Karim Zito has since been leading the club for their league and FA matches.

“We are pleased to announce that Ignatius Osei-Fosu Kwame has been appointed as the manager of the club, he replaces technical director Abdul Karim Zito who will revert to his original advisory role.” the Dawu-based club tweeted.

Ignatius has been unattached since stepping down from the Medeama job few months ago after signing a three year deal in August 2021.

Coach Fosu is a member of the national U17 technical bench alongside Maxwell Konadu and Wilfred Dormon.

You’re not our president – NDC to Akufo-Addo