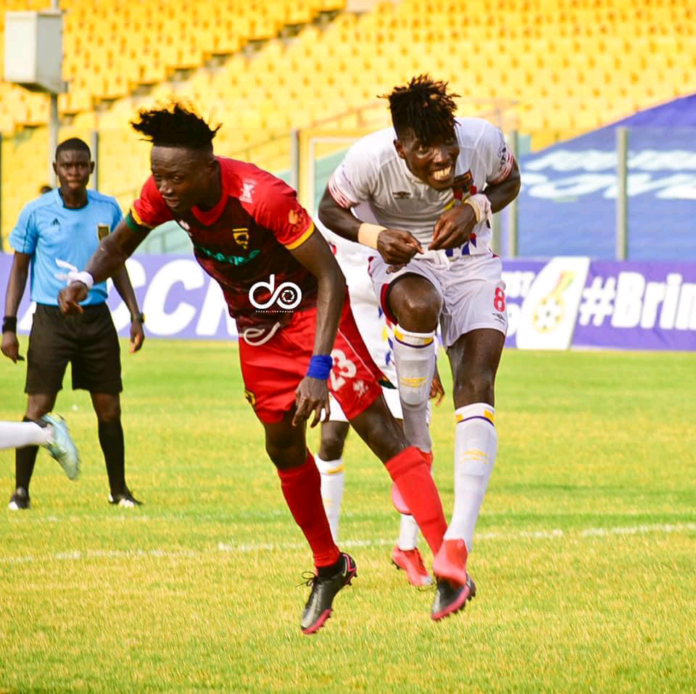 Ghana’s two most glamorous football teams, Accra Hearts of Oak SC and Kumasi Asante Kotoko SC will square off at the Accra Sports Stadium today for a week 31 encounter of the 2020-21 Ghana Premier League season.

The two teams are in contention for the league title this season and will battle each other for glory this afternoon in a tough anticipated match with both sides in a good run of form heading to this game.

The Accra-based team are without a major trophy in the last decade and are hoping to end the trophy drought this season since they last won it in 2009 with just a four games to go.

The Rainbow Boys have been in scintillating form under former Medeama SC gaffer Samuel Boadu since he took over from stop gap coach Nii Noi mid-way through the season.

Coach Samuel Boadu and his charges are without a defeat in their last 10 matches on the domestic scene.

The Porcupine Warriors go into the game as favorites considering their previous results against their arch-rivals in Accra.

The first leg played between the two sides in the first round ended in a stalemate in Accra.

Kotoko has been one of the best performing away teams in the league this season which could be one of their trump cards heading into this game.

Coach Mariano Barreto will be searching for his first win against Hearts of Oak in this fixture likewise Coach Samuel Boadu.

According to the Ghana Football Association the game will be played with only 25 percent attendance at the Accra Sports Stadium.

Fans hoping to attend the game may get an advanced ticket which will be sold at designated areas in the capital.

The first meeting between the two Ghanaian giants this season ended in a stalemate.

EPISODE 1: What We Learned This Week (WWLTW) In the Ghana...