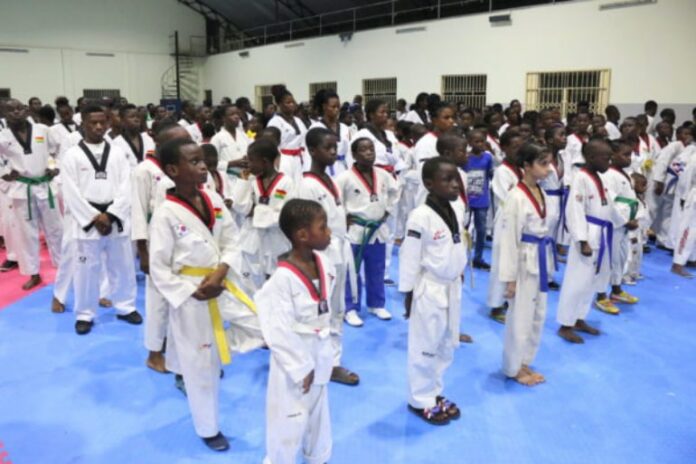 The Ghana National Council of Private Schools (GNACOPS) which is spearheading this initiative says the extra-curricular activity will be rolled out this year.

“The Council has also collaborated with the Ghana Taekwondo Federation, to introduce Taekwondo in Private Schools, so that our learners can be trained to develop mental alertness and self-defence skills,” the Council said in a post but did not give any additional details.

Taekwondo is a traditional Korean martial art with a history of almost 2,000 years and is currently being practised in 211 countries around the world. It was adopted as an official Olympic sport in 2000. The literal translation for tae kwon do is “kicking”, “punching”, and “the art or way of”. They are a kind of martial arts in which one attacks or defends with hands and feet anytime or anywhere, with occasional use of weapons.

In Tanzania where myths and superstition endanger people with albinism, karate classes are boosting their confidence.

Classes take place three evenings each week in some schools, according to an Al Jazeera report. Finishing practice well after dark, many don’t arrive back home until midnight, the report said.

But it appears some Ghanaian parents and guardians have criticized GNACOPS over this move.

“Having these people as leaders how can the association progress and the children..IG Dampare must immediately arrest those who brought this idea now!”, a Facebook user said.

“The world is moving with Technology not this. Your association needs to be serious. Whilst others are doing reasoning programmes like computer coding, software creation, Robotics etc you people are here thinking about this in any event for your information Taekwondo has been an activity for some private schools for a decade now”, another said.

“Another burden to some of the average parents…consider that not to be compulsory”, the user stated.