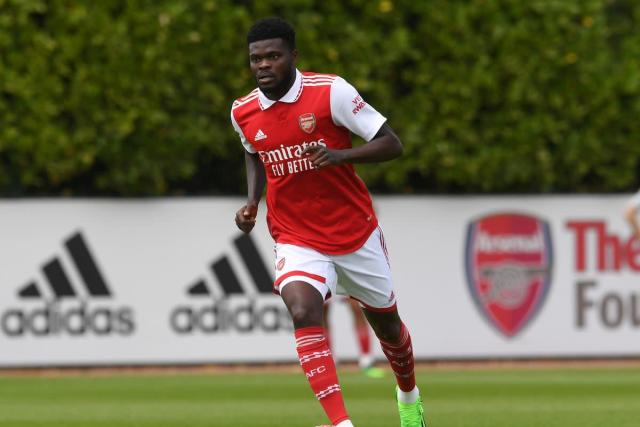 Ghana star player Thomas Partey dazzled for Arsenal as they beat fellow Premier League side Everton 2-0 in a preseason friendly on Saturday in USA.

The star midfielder was in action for the first time this pre-season training for the Gunners after missing out in their 5-3 win over Nurnberg on Friday in Germany.

Brazilian star Gabriel Jesus and English wonder-kid Bukayo Saka scored two goals in the first half to put the Red and Whites outfit in a comfortable lead at the break.

The Ghanaian international was replaced at the start of the second half by Ivorian player Nicolas Pepe for the second 45 minutes of the match.

Partey showed his mettle in the first 45 minutes of football he played with commanding display in the midfield that gave the Gunners a lot of freedom in the opposition’s half.

Arsenal held onto their 2-0 first half lead to beat the Toffees in their game at the M&T Bank Stadium in Baltimore, Maryland.

Capture beauty under cover of darkness with HUAWEI nova 7i