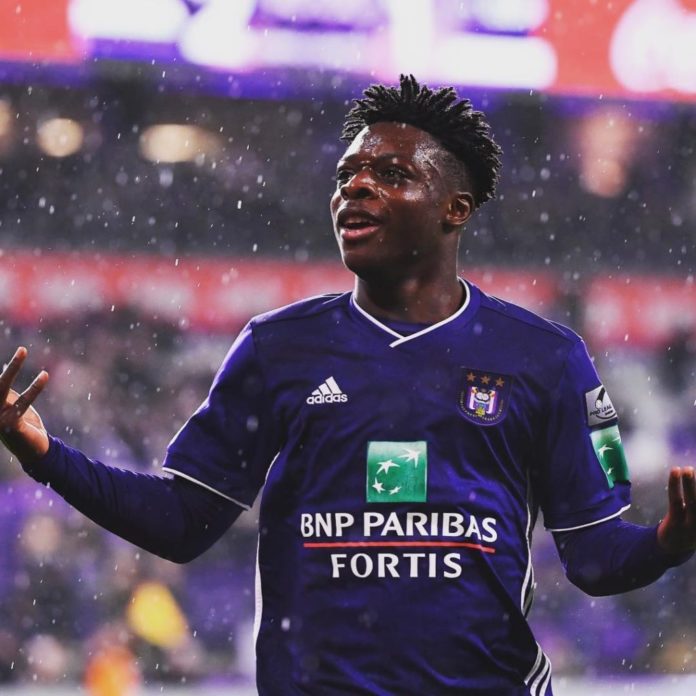 Ewoud Plentickx’s own goal on the sixth minutes and Michel Vlap’s 15th minutes brilliant finish gave the host a two goals lead before the break.

The 17-year-old Ghanaian scored his first on the night and second of the season to extend the home team’s lead to three four minutes after the recess.

Michel Vlap scored his second goal in the game from the spot to put the home team in a driving seat and left the away side scratching their heads when he made it 4-0 with 26 minutes left on the clock.

Fifteen minutes from full time, Doku grabbed his first brace for Anderlecht in the top-flight with a beautiful solo goal to make it 5-0 to the home team.

Vlap got his hat-trick seven minutes from full time before Nacer Chadli’s 86th minute goal make it 7-0 after being setup by the Ghanaian teen to help Anderlecht record their biggest victor this season.

Doku has three goals and three assists in the Belgium Jupiler league after his brace on Saturday against Black Stars left – back Gideon Mensah’s Zulte Waregem.

Go all out to succeed – Amamoo to young players