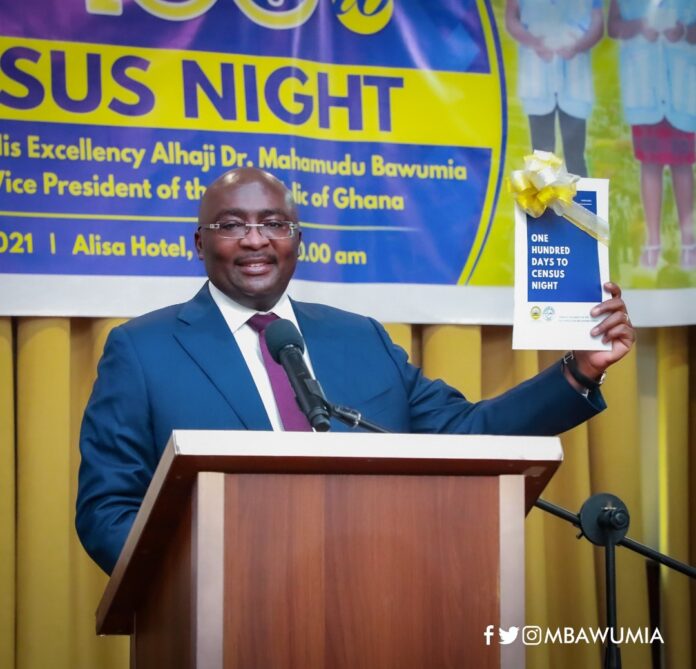 A whopping ¢577 million has been budgeted for Ghana’s 2021 population and housing census, officials said on Friday.

“This will include training of enumerators, purchasing of tablets among others”, according to George Osei, Head of Census at the Ghana Statistical Service who was answering questions on Accra-based JoyNews.

Some 570 enumerators would be trained ahead of the exercise which begins on the night of Sunday, June 27, 2021.

It will be the first fully digital census, with the use of tablets for data capture instead of traditional paper questionnaires. According to officials of the Ghana Statistical Service (GSS), going green will save the country from the printing of over seven million household questionnaires.

It will also use Geographic Positioning System (GPS) to capture the location of all structures, and employ interactive area maps for accurate identification of enumeration and supervision areas.

The questionnaires have also been expanded to include comprehensive information on key areas to support the tracking of Sustainable Development Goal (SDG) indicators such as housing and living conditions, water and sanitation, and difficulty in performing activities on daily living during the approximately 28-day PHC.

When completed and analysed, the Census is expected to provide comprehensive and reliable data to both the private and public sectors to inform policy and programme formulation to spur economic growth and development. The data collected on socioeconomic and housing conditions will allow for the identification of vulnerable individuals, groups, and households for targeted policy and programme interventions.

Speaking during the launch of a publicity and preparation campaign dubbed “100 Days Countdown to the 2021 Population and Housing Census” on March 19, 2021 in Accra, Vice President, Dr Mahamudu Bawumia indicated that the next 100 hundred days are very important to the conduct of the country’s 3rd Population and Housing Census, which goes beyond the mere counting of people.

“Despite the couple of slips in the conduct of Population Censuses in Ghana in our modern history, Ghana has been fairly consistent in counting, knowing and understanding its population size, structure and dynamics.

“While many people often think of Population Censuses as only the count of persons, the full dimension of the census goes much deeper. How many are we, what is the gender mix, the age mix, the birth and death and migration, what we do for a living, even where we live, the quality of our housing, and our access to public services – health and education. So we do more than just count people.

“The 2021 Census will provide important data for the formulation of policies to transform Ghana’s economy and spur economic development. Knowing the dynamics of how the population is changing helps us in planning our education needs, where to locate health facilities, how to allocate our social expenditures and identify those who need help the most in our society,” he emphasised.

Touching on the importance of the various modules in the survey, Vice President Bawumia singled out the housing conditions module, which he said “will provide data to assess the quality of housing, availability of utilities in the dwelling units as well as to determine housing tenure arrangements. The module will also capture, better than before, the sanitation conditions in our communities.”

He continued, “I am highly impressed that the GSS has incorporated ICT module in the Census to ascertain the level of digital application and access in the country. Indeed, the Census will provide comprehensive data on ICT access and usage in the country to enhance development in the sector.

“We are interested in the penetration in the rural areas, internet usage, ownership of ICT devices, usage of mobile phones for financial transactions, and how ICT may be changing lives and affecting livelihoods.”

Vice President Bawumia called on persons living in Ghana to cooperate with the Census officials to ensure a successful programme, saying “We are asking for your support in the lead up to the Census Night. Within the next 100 days, GSS will spearhead a nationwide publicity, education and advocacy campaign aimed to mobilise resources, sensitise stakeholders, develop strategic partnerships, and build public trust for the Census.

“The Census is a priority development activity and requires mobilisation of state resources and utilisation of the existing state infrastructure. As such, the President is committed to ensuring that the Ghana Statistical Service receives the required support from all Ministries, Departments and Agencies and from all Metropolitan, Municipal and District Assemblies.

“We thank you in advance for your support and we look forward to working with you to conduct a successful 2021 Population and Housing Census.”