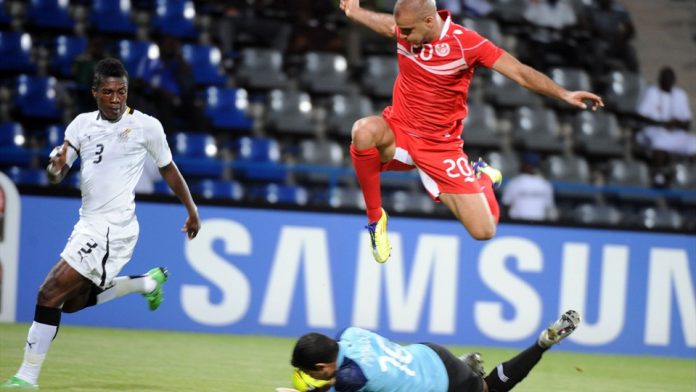 Tunisia cruised into the 2019 Africa Cup of Nations without the hype of Morocco, Senegal’s star-studded crew, or Egypt’s hosting perks.

What the Carthage Eagles had — in oodles — was momentum. Tunisia’s biggest club, Esperance, has won the last two Caf Champions League titles (the latest coming in admittedly disputable circumstances less than a month to the Afcon) and is currently Africa’s premier club. With as many as five players from Esperance included in Alain Giresse’s final squad, then, it was hoped that such gloss would rub off.

Thus far, it hasn’t. Tunisia only managed three draws in qualifying second from Group E, four points behind Mali. Their Round of 16 opponents?

Ghana — a nation Tunisia has never beaten at the Afcon in seven meetings (six losses and a draw). Even worse, all is not well in the Tunisian camp. Mental fitness trainer David Marcel has been sacked mid-tournament — make of it what you will — and star man Wahbi Khazri is a doubt for Monday’s fixture.

While Tunisia’s house crumbles, Ghana’s only seems to get stronger. The Black Stars banished their own early Afcon struggles with a good win against Guinea-Bissau to finish top of Group F. The Stars’ ranks are as close-knit as ever, while players who missed previous games due to injury or suspension are making returns.

Confidence is reasonably high, going into a date with a team Ghana has beaten more than any other in Afcon history, and whom the Stars have encountered each occasion when they’ve won the title. Still, games between these two sides at the Afcon have always been fiercely contested, and Ghana’s widest margin of victory remains a 2-0 result in 1998.

Their most recent game, for instance, was only decided by an extra-time goalkeeping gaffe from Tunisia’s usually brilliant Aymen Mathlouthi, which current Ghana skipper Andre Ayew exploited for a winner in 2012. So as Ghana returns to Ismailia — the venue at which Kwesi Appiah’s charges failed to win their first two matches at this year’s showpiece — they would hardly have cause to be complacent, especially with Tunisia ranked higher (No.2 on the continent, 25th in the world).

Giresse knows Ghana well, having played the west Africans at three of the last four tournaments, winning twice (bronze the prize on one occasion) but losing as often, and Tunisia could count that as an advantage as they seek a first competitive victory over Ghana. The France legend comes up against Appiah, who appears to have found the key to unleashing his team’s full potential in their last outing. Would he stick to it as is the wish of Ghanaians?

“You see, sometimes, a coach might take some decisions and they might be right or wrong,” Appiah says.

“But I cannot assure that it will be the same players in the same positions because you play them according to the team that you meet and the tactics they use to make sure that you are able to cope with them.”