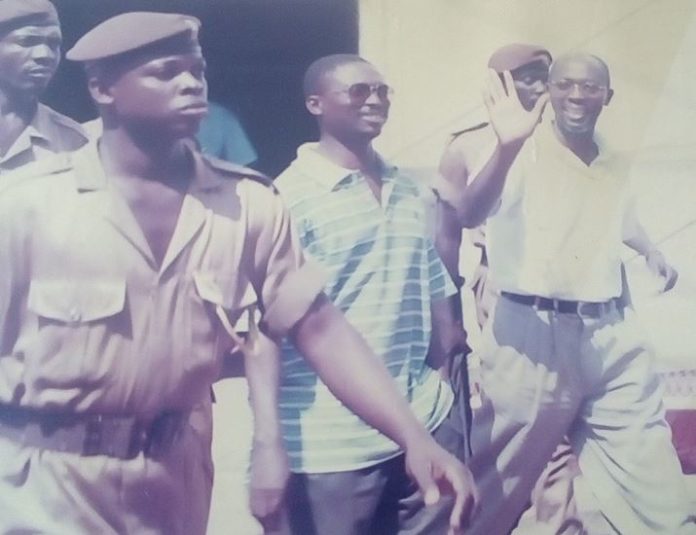 It is good for public officials to be given some form of protection. Judges, nurses, police, in-flight attendants, public transport drivers/conductors and others, all fall within this category.

As annoying, unfair and unjust as some of them may be – and often are – without that kind of protection, public service would cease to function. Just imagine a court room without the strictures of contempt.

It is not for the judge alone but society as a whole. With the courts, they can go after you inside or outside of the chamber where a case is being heard and slap contempt on you. By this same principle, those who find themselves enjoying this protection are expected to be so above reproach that a citizen or the general public would have no excuse to hold them in contempt. It is a two-way highway of responsibility and accountability…

Going down memory lane, I can still remember when and how the court of appeal, acting for a lower court, decided I should be incarcerated for 30 days for a contempt accusation brought against me by the lower court, which had in fact refused to take that drastic action when the accusation was laid before it in a case of libel/defamation. This was such a minor infraction, if ever there even was one, to merit a custodial sentence. It was a purely civil case of the media facing the wrath of a powerful political personage.

Our law courts archives have countless contempt precedents for reference. Mine was a celebrated case for two reasons: One, the office of the personality who wanted me to be taught a lesson and two, the question of how to interpret the freedom of expression.

Immediately after sentencing that late August morning, over 20 years ago, at about 11am,a police constable was at hand to cuff me for the journey to begin my sentence of 30 days. The handcuffs remained that way to early evening, all because my lawyer was dashing all over the courts to file stay of execution pending appeal. It was a day of drama! No judge wanted to have anything to do with it and eventually, it had to get to the chief justice. It did, but my lord had also disappeared from the court premises. With much sadness, regret and pain on his face, the lawyer bid me farewell as the security van started me on my journey to the Nsawam medium-security prison. No wonder I ended up with blistered wrists,

A week later, back I was at the appeals court to plead for bail again pending appeal. The two elderly judges of the panel of three, refused bail and once more, I was driven off in the company of heavily armed prison guards to Akuse local prison where I had been transferred after a sojourning for a few days at the medium-security prison. I served the full 30 days and years later, I can now look back and even chuckle at it all. The lady who wanted me to be taught a lesson, had had her day and rumours had it that as reward, the two elderly judges were nominated for the supreme court. Not much can be said now as they have long since been called to their maker, before whom, they must be accounting…

This morning, all eyes and ears will be on our courts where a remarkable contempt case is being heard in one of them: The case in which a politician, who should know better, was blatantly in contempt in a case involving him and other parties in land litigation.

Almost four years ago, to the day, another case, a carbon-copy of the one being heard today, was enacted in the chambers of the highest court. As precedents go, the court hearing today’s contempt case would not have far to go. The so-called Montie 3 docket, judgement and sentencing are there to guide the court. The politician has since apologized, so did the Montie 3, which was not enough to tamper justice with mercy. Even an institution like the Catholic Church, which trades in mercy and such holy things, jumped into the fray and backed the court to insist on its pound of flesh. God is not an entity to be used in partisan politics, so today He is looking on from on high to hear what His representatives on earth are saying on this one…Christian Council, Peace Council, Bar Association and all the other institutions baying for the blood of the Montie 3 four years ago, where are their voices today? Where are their cries of self-righteous indignation? Has Nana Akufo-Addo got such a hold on their consciences?

But leaving the deity out for the moment, the issue is what decision would be handed down this morning. There’s been much speculation in the public domain that in this particular case, there is enough room to suspect collusion between the judiciary and executive, making the case moot even before it has been settled.

The politician would be let off altogether or with only a mild slap on the wrist. Should that be the case, who will cite me for contempt if I adopt the Dickensian expletive of shouting out loud that the law is an ass! Not only that, I would also wail openly about how the Ghanaian judiciary can be cited as being in contempt of Ghanaian democracy to satisfy partisan political ends…Ghana is waiting to exhale.

There was another individual involved. I have judiciously left him out of this narration