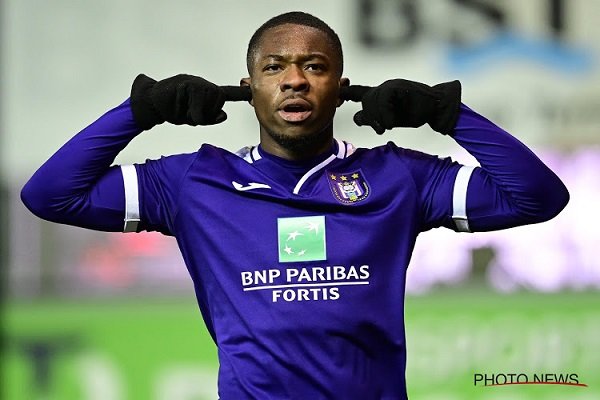 The Ghanaian born in Accra to former Ghana star Theophilus Amuzu has opted to represent European side, Belgium ahead of the four-time Africa Cup of Nations winners.

He stated in an interview that,Ghana is not a team that is very likely exit the competition early and thus not be able to go far in the next FIFA Mundial which will be held in the months of November and December respectively.

According to him, Ghana really looks a team that won’t be able to perform at the highest level and feels his heart is with the Red Devils of Belgium.

“Look, I was born in Ghana and when I was there, I felt at home there because of the African atmosphere”, he Said.

“My sporty heart lies with Belgium. With Belgium you can go far at such a World Cup, with Ghana there’s a real chance of that you will be out quickly”, he told Net Nieusblad.

The 22-year-old Ghanaian forward has played 33 times and the Belgium Jupiler Pro League and has scored nine goals and provided three assists.