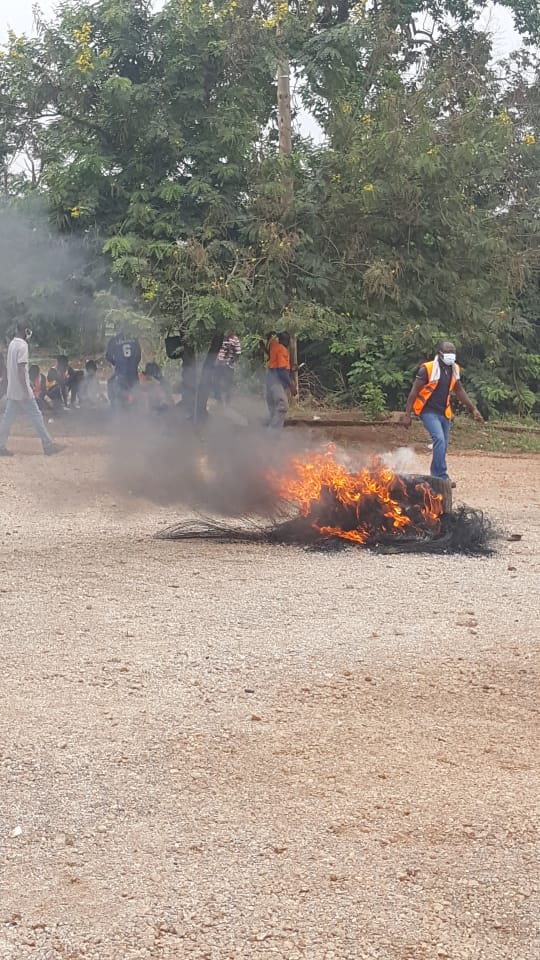 Calm has returned to the premises of China-Geo Engineering Corporation after workers staged a protest against their Chinese employers.

The workers, who have been stationed on the Sofoline Interchange-Abuakwa stretch in Kumasi, Ghana’s second largest city, are protesting poor remuneration and have laid down their tools.

The peaceful strike which started last Friday turned violent Monday morning when some of the workers allegedly prevented their Chinese employers from entry by locking up their offices and other buildings.

“We have been working for the past six years yet we still receive the same pay”, said one of the protesters who did not want his name mentioned. “How can we survive with this meager stipend?”, he quizzed.

The workers have formed the China-Geo Corporation Workers Union which is leading the charge. Their leaders say several attempts to get management to the negotiation table has yielded no positive results.

It’s leader, Rudolph Assoalla told dailymailgh.com that they will not return to work unti their demands are met.

“What management is saying is due to COVID-19 and the government not finishing with ministerial appointments and those things, they cant meet us so they pleaded on us to wait until all this is gone.”

He said a meeting was supposed to take place via zoom but workers feel the corporation is acting in bad faith.

The police from the Suntreso District Command has since ordered management of the company to take steps to resolve the impasse, dailymailgh.com later gathered.

This development has halted work on the Sofoline Interchange/Abuakwa/Tanoso stretch which has suffered delays in its completion schedule.

In 2013, the workers staged a similar protest resulting in the injury of four Chinese workers.

Police said the victims suffered minor injuries with two losing a mobile phone and a handbag.