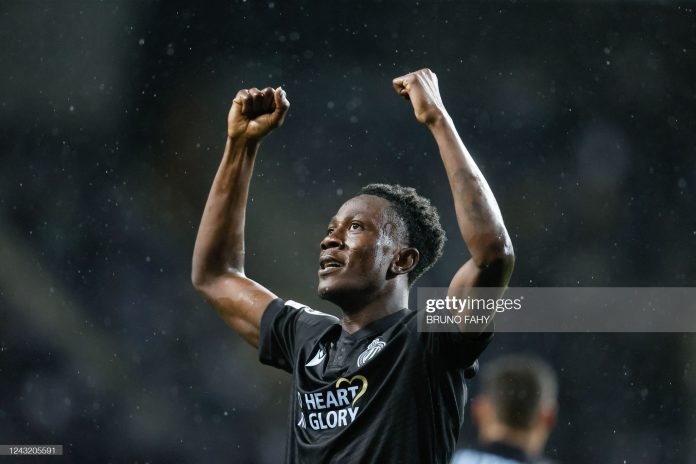 He scored a superb goal against the Portuguese Champions at their backyard to help his team secure a vital away win over the Blue and Whites outfit in the Champions League.

He scored the second goal for the Blue and Black side who surprisingly beat Porto 4-0 on the road to go top of the table with two wins from two games.

Ferran Jutgla scored the first goal of the match to put the visitors 1-0 up after just 15 minutes into the game from the spot.

After Sowah scored the second goal for the away team two minutes into the second half of the match, Andreas Skov Olsen added the third goal after 52 minutes.

Second half substitute Antonio Nusa scored a late goal to make it 4-0 to the Belgium Jupiler Pro League champions.