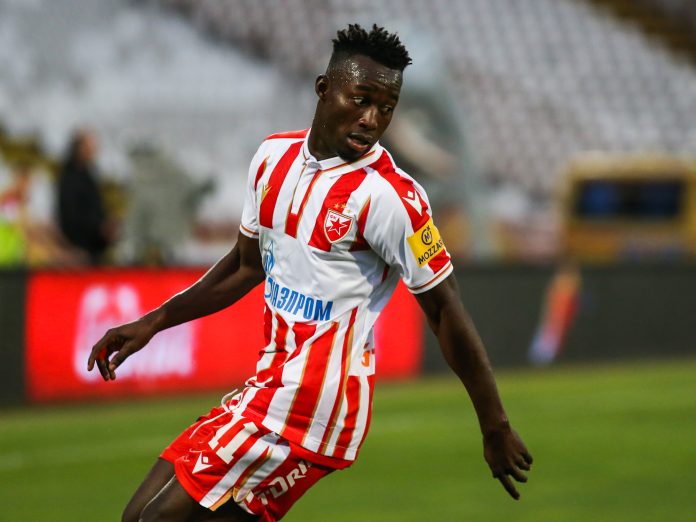 Ghanaian forward Osman Bukari scored on his Serbia Super Liga debut for Red Star Belgrade in their emphatic win to begin the campaign with flying colours.

The Ghanaian international grabbed the fourth goal for his team as they beat Radnicki Nis 4-0 to go joint top with rivals Partizan Belgrade after the first round of games.

Aleksander Katai opened the scoring in the first half after just three minutes from the spot to give the home team a deserving lead to ease the pressure on the home team and their fans.

Zambian international, Kings Kangwa grabbed the second goal for the host half way through the first half before Malan Pavkov added the third goal just after the half hour mark to make it 3-0 at the end of the first 45 minutes.

Two minutes into the second 45 minutes of the match, Bukari added the icing on the cake goal with a beautiful strike to make it 4-0 to the Red and Whites outfit as they started their season on a perfect grounds.

The 22-year-old Ghanaian forward played 90 minutes of football and has one goal in one match to his name.