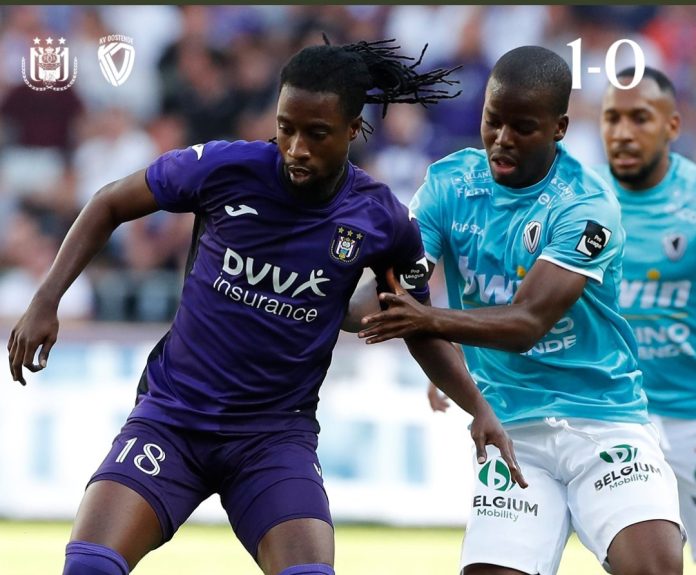 Ghanaian midfield-gem Majeed Ashimeru was on target for Racing Sport Club Anderlecht in their opening day win over KV Oostende at home in the Belgium Jupiler Pro League on Sunday.

The former West African Football Academy (WAFA) SC graduate opened his goal account for the Mauves and Whites on the opening day of the season with a mouth-watering strike.

Ashimeru scored the opening goal of the match to put the hosts 1-0 up late in the first half with just six minutes to the end of the match with a sweet strike.

He played 75 minutes of the match and left the field when his team was leading by a lone goal.

Fabio Silva scored the second goal for the Mauves and Whites as they won by 2-0.

Ashimeru scored three goals in the pre-season training and has one goal in the first game of the season.