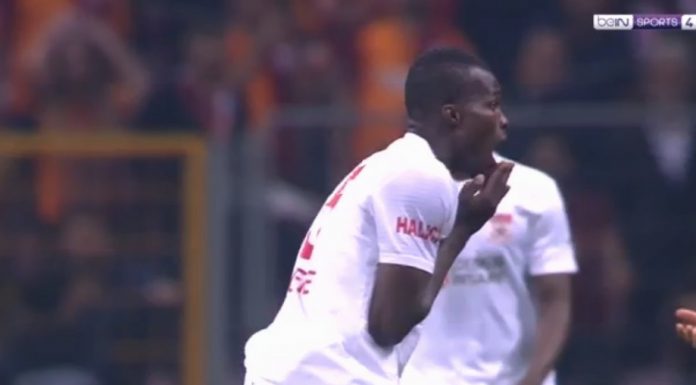 The game ended 3-2 in favour of Galatasaray.

The Ghanaian midfielder was given the marching orders just three minutes into the second half when his side was down by two first half goals.

Cofie, 28, made his 8th appearance and 6th start of the season for his side on Saturday.

Galatasaray could not take full control of the game with their numerical advantage and allowed the away side into the game when former Ivorian star Arouna Kone got one back for Sivasspor in the 69th minute.

Thanks to Dutch international Ryan Babel the Turkish giants stretched their lead making it 3-1. The game ended 3-2 when Erdoğan Yesilyurt reduced the deficit with six minutes left on the clock.

GHANA PREMIER LEAGUE WEEK 5: What We Learnt This Week (WWLTW)