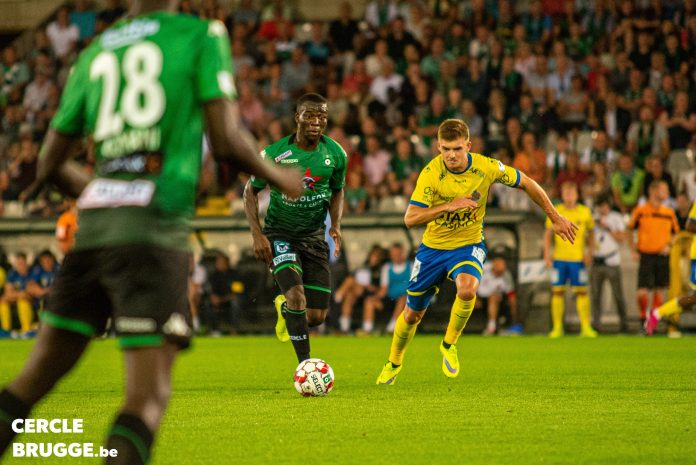 Donsah on loan from Italian outfit Bologna failed to make a difference in the game as they suffered defeat in Antwerp on Saturday evening.

The 23-year-old box-to-box midfielder was withdrawn from the game in the 71st minute as he was replaced by Kylian Hazard, a younger brother of Real Madrid star Eden Hazard.

Donsah made his third league appearance for the the Green and Blacks since his move from Bologna this summer.