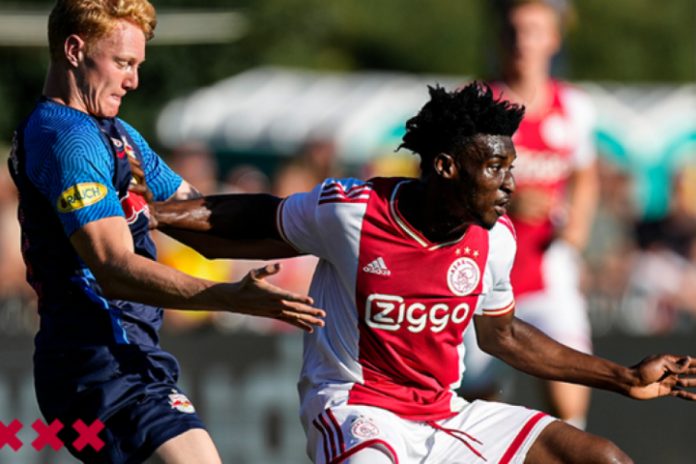 Ghanaian midfielder Mohammed Kudus was on the score sheet for the second game running for AFC Ajax Amsterdam.

The Ghanaian forward made it two goals in two successive games for the Dutch Eredivisie giant as they saw off the challenge from Austrian Típico Bundesliga powerhouse, Red Bull Salzburg.

With the score at 1-1 late in the first half of the match, the midfielder headed home from very close range with an intelligent header to make it 2-1 to the Dutch side.

He also scored in Ajax’s previous game when they drew 1-1 against Belgium Jupiler Pro League side KAS Eupen.

He’s expected to to play an advance role at the club this season following his glimpses of brilliance in that position already in pre-season friendly games.

The Dutch Eredivisie starts in two weeks time and Kudus would be hoping and praying for an injury free season to show his worth for the Johan Cruyff Arena Faithfuls.

Akufo-Addo not to blame for the failure to operationalise my former...