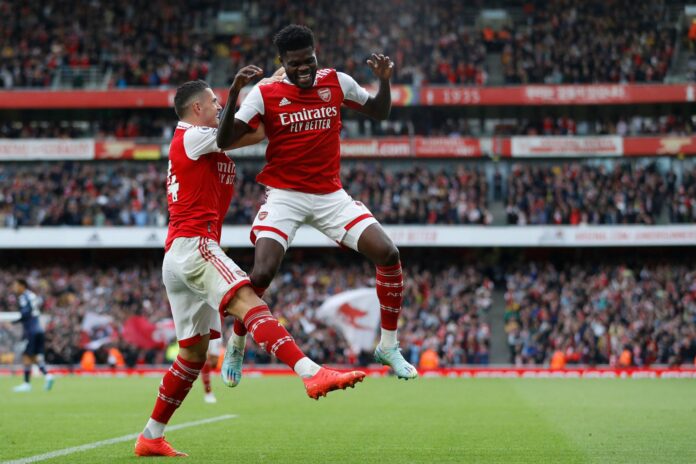 The box-to-box midfielder was a delight to watch throughout the game for the Red and Whites outfit as they thumped their opponent at the Emirates.

Gabriel Martinelli grabbed the opening goal of the match to put the hosts 1-0 up early in the first half with just five minutes showing on the clock.

First half substitute, Reiss Nelson scored in the space of five minutes in the second half on the 49th and 52nd minutes respectively.

Partey scored with what is gradually becoming his trademark finish with a scorcher to put Arsenal 4-0 up.

Martin Odegaard added the icing on the cake goal to give Arsenal a comfortable 5-0 home win to return top of the league table.

The 29-year-old has two goals in nine English Premier League games this season.