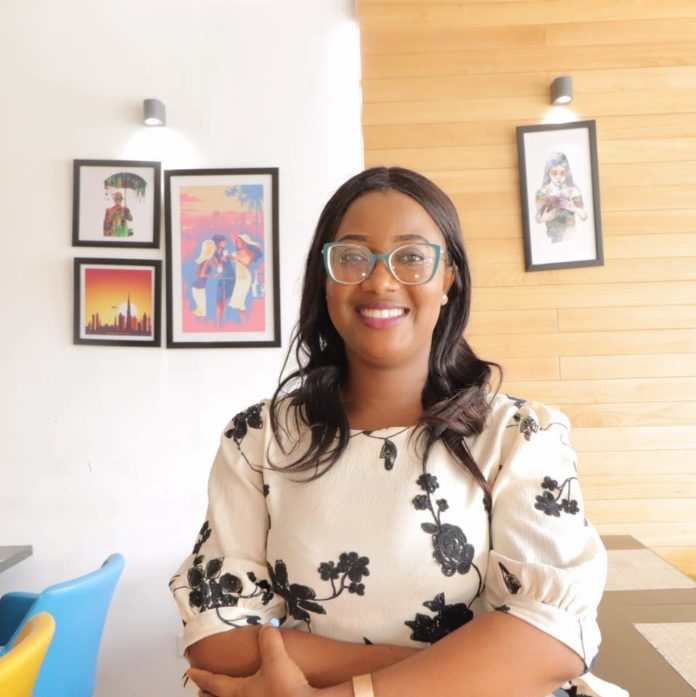 Team-Lead of the ‘No Pad Tax’ campaign, Miss Lilipearl Baaba Otoo, has emphasized the prudence of government investing in local manufacturing of sanitary pads, in a bid to eradicate period poverty.

Speaking on TV Africa’s morning show, she explained that the most effective means of increasing women’s access to sanitary products is by empowering businesses in that regard. This, she believes, will not only enhance affordability, but also create jobs for the economy.

According to the gender activist, distribution of sanitary pads to schools has not proven sustainable, requiring a more robust approach to solving the problem.

“There are two major ways that we have identified as better and more sustainable towards ending period poverty,” she explained. “First, government ought to scrap the 20% tax on sanitary products and, second, enable local production of same. Doing the latter will go a long way to create jobs and fit into the ‘Made-in-Ghana’ agenda.

“Sanitary pads are expensive to obtain, even for the average income-earning Ghanaian woman, so you can imagine the revealing stories we’ve heard during our outreach to rural communities. Many of them are unable to afford pads and sometimes resort to the use of undesirable alternatives like rags, paper, and leaves.”

Menstruation being a natural phenomenon, Ms. Otoo pointed out just how unfair it is to tag the relevant sanitary products as ‘luxury’ items, and how “placing a tax on pads is akin to placing a tax on womanhood itself.”

The campaign is an initiative of Bridge for Equity Ghana, a gender advocacy non-governmental organization (NGO) that exists to protect children through formal education, promote gender education, and provide skills development training for employment.

The campaign, which started at the beginning of the year, dominated the media space and opened up a conversation about government scrapping taxes on sanitary products and enable local production.

In furthering the progress already made, Ms. Otoo noted that the NGO submitted a petition — signed by over 15,000 people thus far — to the Minister of Gender, Children and Social Protection, Hon. Cynthia Mamle Morrison, to demand from government a repeal of the said tax, and entreated that priority be given to the call for action.

Use the courts not war – Peace Council to NPP, NDC

Samira@40: Reach beyond the skies – Bawumia to wife