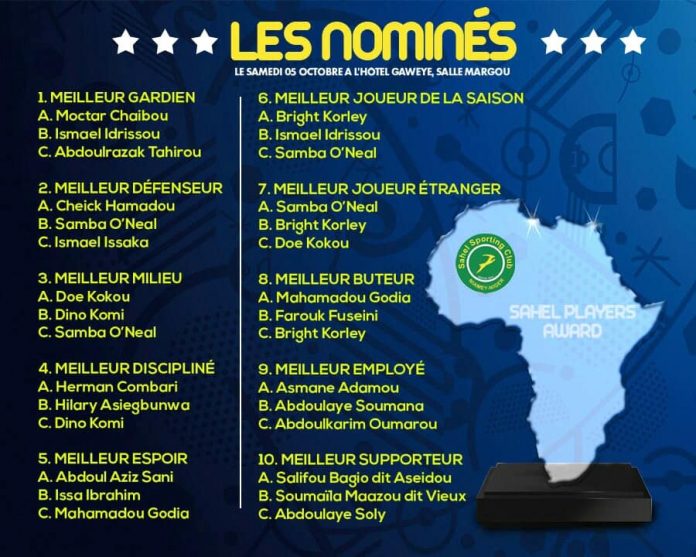 Ghanaian striker Bright Korley has been shortlisted for three accolades in the Sahel SC end of season awards.

The former Sporting Mirren attacker took the Nigerien league by storm netting 10 goals in the half season he played to help the Niamey-based club to fifth position.

In the end of season awards which is slated for October 5 at the Hotel Gaweye, the Ghanaian forward has been named in the three-man list for the player of the season, best foreign player and the goal of the season awards respectively.

Dailymailgh.com understands Korley has attracted the attention of some North African clubs and they could swoop for him in January.

‘We were not properly notified to receive NDC MPs’ petition’ –EC

MAN OF THE PEOPLE: Berekum Won’t Forget Yakubu Moro, and Neither...