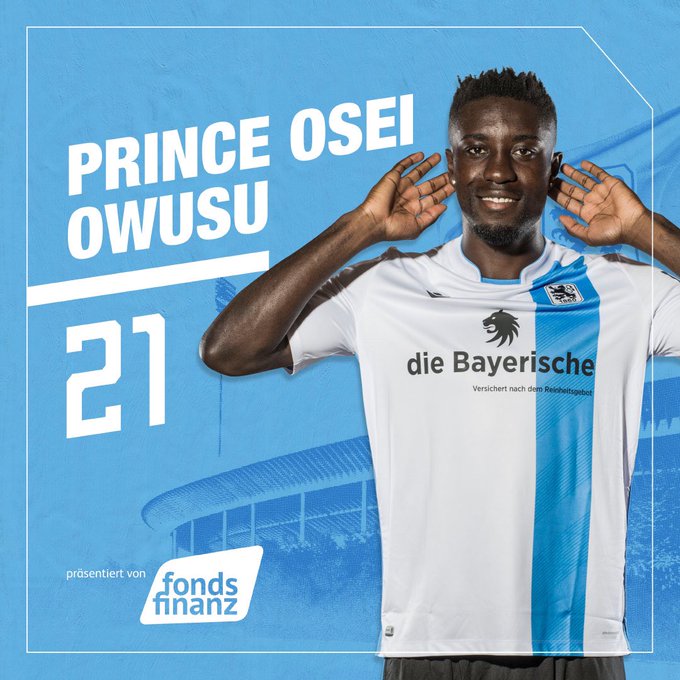 Ghana international winger Prince Osei Owusu was on the score sheet for 1860 Munich in the 3-2 comeback win over Duisburg on Sunday.

The 23-year-old Ghanaian came off the bench to provide two assists and scored the winner for his side as they came back from two goals down to secure a 3-2 win.

Marvin Compper opened the scoring for the visitors three minutes after the half hour mark with a nice headed finish to put the away team in front.

The first half ended 1-0 for the away team who started the game the brightest.

Four minutes after the recess, Arne Sicker set up Vincent Vermeij who finished off the great team move expertly inside the box to double Duisburg’s lead.

Substitute Dennis Dressel was set up by fellow substitute Owusu eight minutes after the hour mark in the centre of the goal area to apply the finishing touch to reduce the deficit for the host.

The sensational Ghanaian winger provided another assist five minutes after his first, this time to Efkan Bekiroglu to level matters for the home side to make it 2-2 with 17 minutes left on the clock to set up an intense finish to the game.

Four minutes from full time, Owusu found the back of the net for the host to turn the game on its head after going two goals down to record an impressive and important 3-2 win over the league leaders to move third on the Bundesliga 3 table.

Owusu has scored four goals and two assists to his credit this season for the Munich-based club.