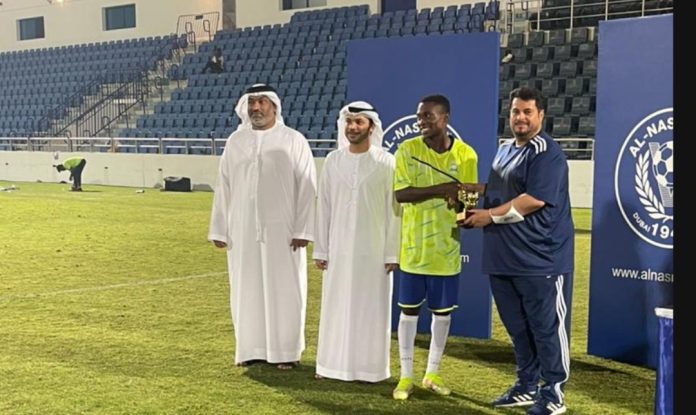 The tricky winger featured in all four matches for White Wolves FC as they triumphed to emerge winners of the 2022 Dubai Ramadan Invitational Cup on Friday evening with scintillating and devastating performances in Dubai.

He scored in three out of the four outings by bagging brace once and one goal twice in two games at the competition held in Arabian country in the past 10 days.

The 17-year-old wonder-kid bagged brace gainst Garden City and also scored in the first game in his team’s victory over Al Nasr and also grabbed a goal in the final against Zilina Africa FC to help his team win the final.

He emerged as the competition’s most lethal, clinical and prolific scorer banging in four goals to win the golden boot award.

UAE suspends issuance of all entry visas from March 17