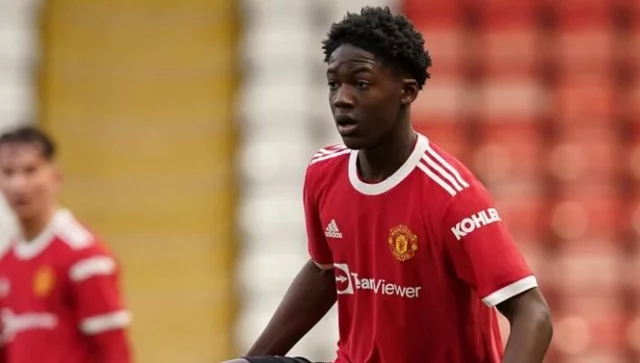 The midfielder impressed everyone at Old Trafford during the FA Cup showing outstanding performances over there.

He has played 31 games for Manchester United Under 18 scoring 4 goals and providing 2 assists.

The young midfielder is said to become a great player in the future if he demonstrates his talents and qualities as he did in the FA Youth Cup finals.

He is touted by his teammates as the king of nutmegs. He is said to become a key member of Erik Ten Hags team if he really improves.

He has dual nationality. Should Ghananeed him to play in the Black Stars someday they should start working hard towards him before it becomes too late. If he makes it into the 1st team of Manchester United it will be too late.

The Internet & Mobile Phones – Winning in a depressing world...