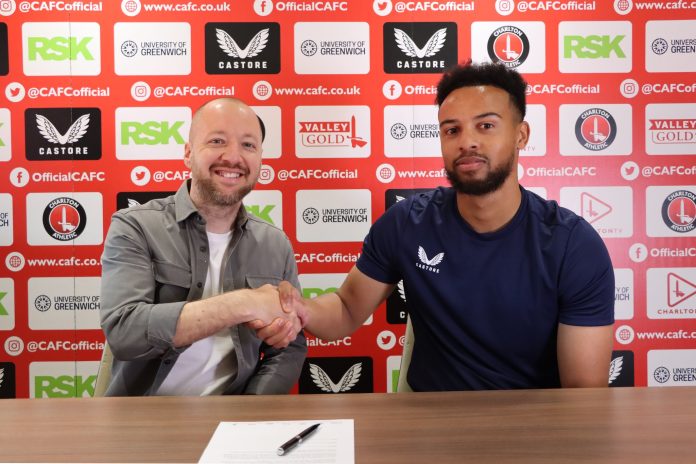 The Ghanaian international goalie was named in the League Two Team of the Season for the 2021/22 campaign and has moved to a tougher league from league two side Swindon Town FC.

He has signed a three-year deal with the club following the expiry of his contract at Swindon Town FC where he won the League Two goalkeeper of the season award.

He became a full Ghana International under Milovan Rajevac with seven caps for the Black Stars after making his debut last year.

The 25-year-old becomes the Addicks’ third signing of a busy week, following the arrivals of ball-playing centre half Eoghan O’Connell on Monday and attacking full-back Mandela Egbo on Tuesday.

Wollacott will be reunited with his former Manager Ben Garner. He said: “I’m delighted. It’s the sort of club that you always want to be at. You always have the ambition to play for such a high-profile club. Obviously walking around the stadium you can feel the magnitude of the club. I’m really happy to be here.

Garner was pleased to add the goalkeeper: “It’s another strong signing for us. Obviously Jojo is a player that I know very well having worked with him last season. I think he is a player with huge potential moving forwards as well and, again, he fits the character and the type of person that we want to bring into the football club.”

Owner and CEO Thomas Sandgaard said: “Joe is a very talented goalkeeper with an exciting future and I’m delighted to be able to bring him to Charlton Athletic. He was in the League Two Team of the Season last year for good reason; he is a good shot stopper, with a command of his area and is excellent on the ball too, which is important for us given the attacking style of football we are looking to play.”

Wollacott was in goal when the Black Stars beat the Super Eagles of Nigeria to the Qatar 2022 FIFA World Cup tickets at the Moshood Abiola National Stadium in Abuja in March.

He’s expected to be in goal for Ghana when the Black Stars takes on Portugal, Uruguay and South Korea in Group H at the 2022 FIFA World Cup tournament in Qatar this November.

I want to appear before Short commission – NDC candidate