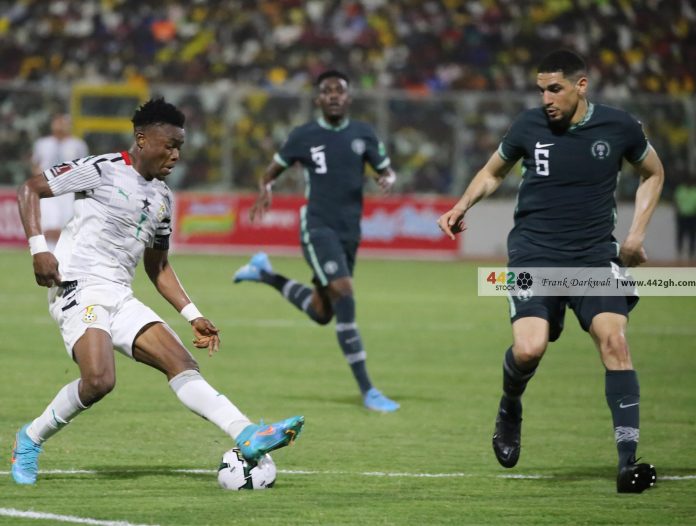 Four-time Africa Cup of Nations winners, Ghana will know their opponents for the next FIFA World Cup tournament in Qatar later this year on Friday evening in Doha.

Ghana sealed their qualification for the next FIFA mundial after drawing 1-1 with long standing rivals, Nigeria in Abuja at the Moshood Abiola National Stadium on Tuesday, March 29.

After a highly contested goalless stalemate at the Baba Yara Sports Stadium in Kumasi on Friday March 25, Ghana needed a scoring draw to qualify ahead of the Super Eagles.

The draw for the tournament comes off in Qatar on Friday where the Black Stars will know their opponents going to their fourth World Cup tournament.

Thomas Partey of Arsenal scored for Ghana early in the first half which was later canceled out by Troost-Ekong’s penalty following a VAR review to award the home team a spot kick.

CARTOON: They want me to be a lame duck – Special...