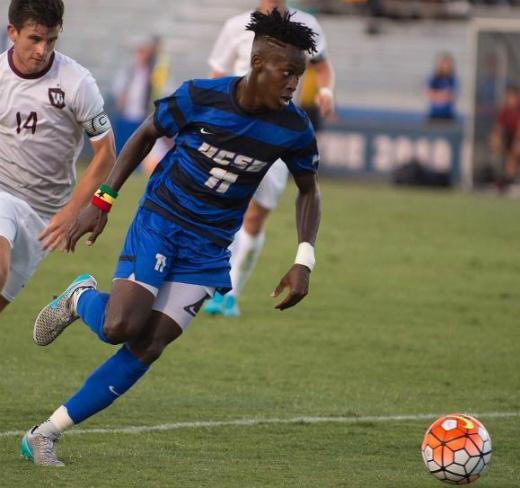 Ghanaian midfielder, Geoffrey Edwin Acheampong, was on target for AC Kajaani in the Finnish Ykkonen on Wednesday.

The former Bastia man scored his fifth league goal in the Finnish second tier league against AC Oulu in a 1 – 1 draw away from home.

Acheampong struck on the 27th minutes of the match to put the visitors in front with a beautiful strike to make it 1-0.

Ten minutes from half time, Aapo Heikkilä notched the equalizer to level matters for the host before the break.

It ended 1-1 on the afternoon and both teams went home with a point each.

The 23-year-old former LA Galaxy player has played 15 games in the league with five goals to his credit.