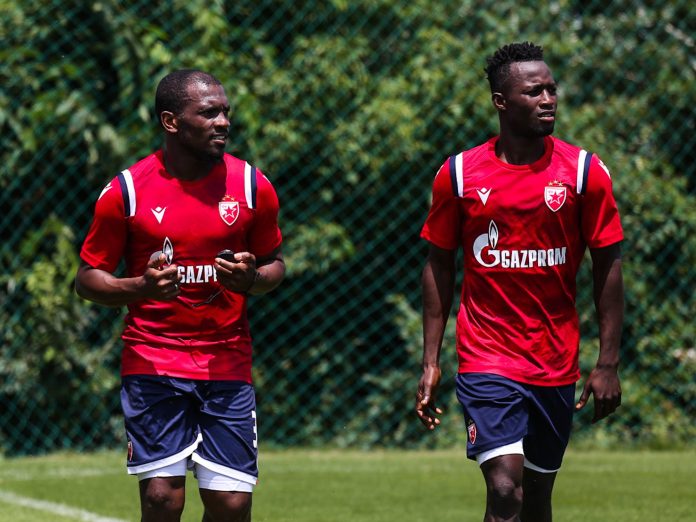 Ghanaian attacker, Osman Bukari has started training with his new club Red Star Belgrade ahead of the 2022-23 season in Europe.

The former KAA Gent attacker joined the Red and Whites outfit on a Four-year year deal following his impressive showings in the just ended season.

The 23-year-old joined the top-flight side on Tuesday afternoon after they won the race to sign him despite interest from several clubs in France, Belgium, Spain and Turkey.

He played at FC Nantes in the French Ligue 1 last season on loan and excelled at the club helping them win the Coupé de France Trophy.

He has started training with the club as they begin their pre-season for the upcoming season.