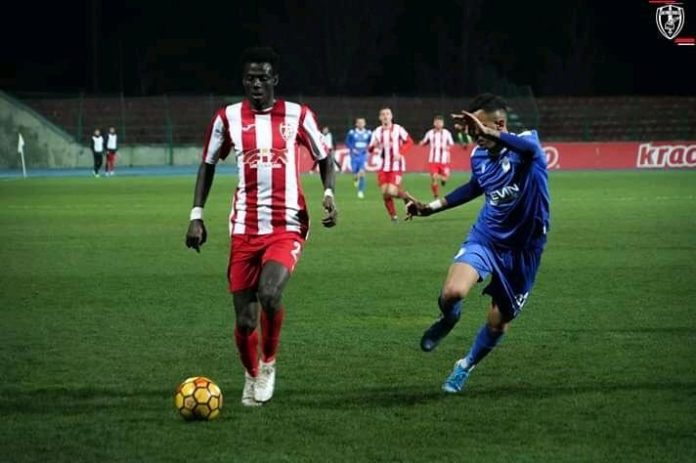 The former Almere City FC academy graduate opened the scoring in the first half with just nine minutes on the clock.

The Red and Whites finished the first half 1-0 up against the leaders.

Michael Ngoo scored in the space of six minutes on the 71st and 77th minutes respectively of the second half to turn the game around for the league leaders.

Mensah, 23, is available to play for Ghana’s senior national team and has been shinning for The Snow Wolves since joining in the summer.