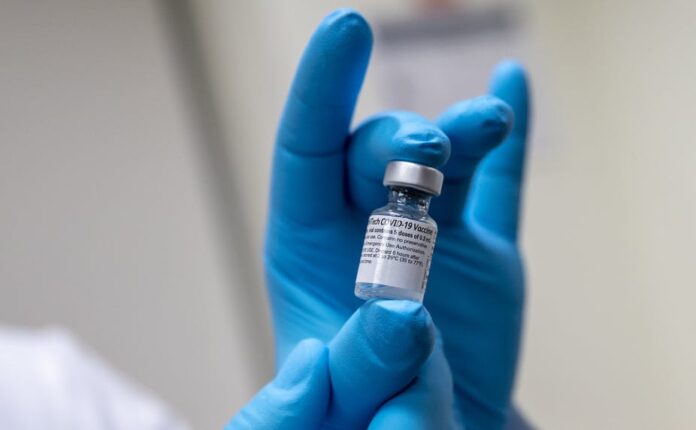 Ghana became the first country globally to receive a vaccine shipment from the COVAX facility – a global initiative that’s trying to ensure equitable access to COVID-19 vaccines – when 600,000 Oxford-AstraZeneca vaccine doses were delivered in February 2021. The country also received a total of about 360,000 doses from India and telecom giant MTN as donations. Ghana’s initial plan was to vaccinate 20 million residents, about two-thirds of the population, by the end of October 2021. But, like many other countries in the world, Ghana’s strategy has faced challenges. Godfred Boafo spoke to public health researcher Nana Kofi Quakyi to unpack some of these.

What’s been the progress of the country’s roll out plan?

Distribution was to start with a priority group. This includes frontline healthcare workers and security personnel, people aged over 60, those with known comorbidities, and some government officials.

This was one of four population “segments” that would be vaccinated in priority order. Pregnant women and children under 16 years would be excluded due to limited data from vaccine trials.

Emergency use authorisation was granted for the Oxford-AstraZeneca and Sputnik V vaccines in February. These remain the only ones approved for use in Ghana at this time. The Ministry of Health is expected to procure 42 million COVID-19 vaccine doses. Ghana’s President Akufo-Addo stated that 17.6 million of those would be delivered by June 2021.

The nation has been administering doses of the Oxford-AstraZeneca vaccine since March 1st, when Phase 1 of the immunisation drive began. As of April 20th, Ghana’s health service reports that 787,180 Ghanaians had received a first dose.

Some 16,000 doses of the Sputnik V vaccine were also delivered in March, but none have been administered so far. The Russian Direct Investment Fund, which markets the Sputnik V vaccine globally, also announced Ghana’s participation in Phase 3 clinical trials of the single-dose Sputnik Light vaccine in March. However, the Presidential Advisor on Health recently stated that no conversations have been had to that effect.

What have been some of the challenges?

To meet the end-of-year coverage target of 20 million people, Ghana needed to administer first doses to about 65,000 citizens each day. Per my calculations, the current average pace of about 16,000 per day is well short of that and has been declining steadily since the end of Phase 1 on April 15.

The relatively slow pace of progress is largely attributable to the limited availability of vaccines as deliveries expected in March and April have not materialised.

The immediate cause of this is India’s decision to temporarily ban the export of COVID-19 vaccines in order to meet local demand as that country contends with a dramatic surge in infections.

The export ban has left Ghana’s principal sources unable to meet their indicative delivery timelines. The African Union – via the African Medical Supplies Platform – is the single largest source of COVID-19 vaccines for Ghana, with the COVAX facility in second place. Together, these constitute about 72% of Ghana’s total projected supply for 2021.

Both facilities rely heavily on vaccines manufactured at the Serum Institute of India, whose entire production capacity has been focused on meeting local demand since late March. That situation is likely to persist for at least two more months. But it is worth noting, too, that similar export bans on vaccine manufacturing supplies by some wealthy nations are limiting production capacity at Serum Institute of India . This is part of a wider pattern of vaccine nationalism by such nations, most prominently characterised by their continued blocking of knowledge-sharing that could help to boost global production.

The resulting delays in vaccine supply have compelled COVAX to notify participating nations that next deliveries may not arrive until June 2021. The African Union appears less optimistic and has shifted its focus to the Johnson and Johnson vaccine made in the Netherlands, but that means it will not be able to fulfil orders until the third quarter of this year at the earliest. Ghana has already used up over 80% of its stock and will likely run out in the next few weeks, stirring public concern about vaccine access and the timing of second doses.

But there are demand-side issues too. Anxieties and uncertainties about the safety of vaccines underlie considerable scepticism in Ghana, and the proliferation of misinformation on social media and irresponsible reportage in certain quarters of the popular press are fanning the embers. Slow uptake by healthcare workers at some institutions has been directly attributed to the infodemic. This is too much information – including false or misleading information – during a disease outbreak. This is a worrying signal about vaccine perceptions and acceptance in the wider community.

What should be done?

Widespread COVID-19 vaccine hesitancy must be addressed urgently, and messaging to that effect should be informed by continuous data collection on public knowledge and attitudes.

There has also been some effort to tackle vaccine hesitancy. The President and senior government officials took their shots publicly to help allay fears and apprehensions about COVID-19 vaccines, as did the former President and other national figures.

A series of nationally and regionally representative public surveys to assess the evolving landscape of knowledge and attitudes of COVID-19 vaccines may be useful. But health officials still need to confront the role of social and digital media in the ongoing infodemic and must be proactive in monitoring and countering digital misinformation.

Ghana set to produce its own vaccine – Presidential Advisor on...