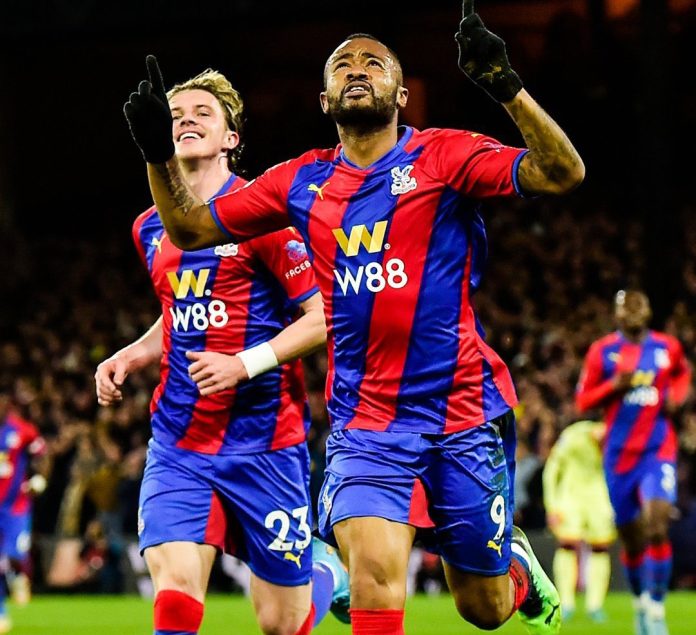 Ghanaian darling striker Jordan Ayew scored against Arsenal FC on his return to club football on Monday evening at the Selhurst Park in London.

The Ghanaian international grabbed the second goal for the Eagles who trashed the Gunners 3-0 to move far away from the drop zone with their emphatic win.

Jean-Philippe Mateta headed home the game’s opening goal in the first half after just 16 minutes to give the Red and Blues side an early but deserved lead.

Halfway through the first half, Ayew controlled Joachim Anderson’s pass nicely on the edge of the box before unleashing a superlative left-footed strike into the bottom left corner to make it 2-0 at the break.

Crystal Palace got their third goal in the second half when Wilfred Zaha was brought down inside the box and converted the resulted spot kick.

He played 75 minutes of the match before Patrick Vieira substituted him to replace him with Odsonne Édouard, the
French football player with 15 minutes to the end of match.

Jordan Ayew has now scored or assisted in his last 4 starts against Arsenal banging in three goals and one assist.

The 30-year-old Ghanaian has two goals and three goals in 25 Premier League games this season for the Eagles.