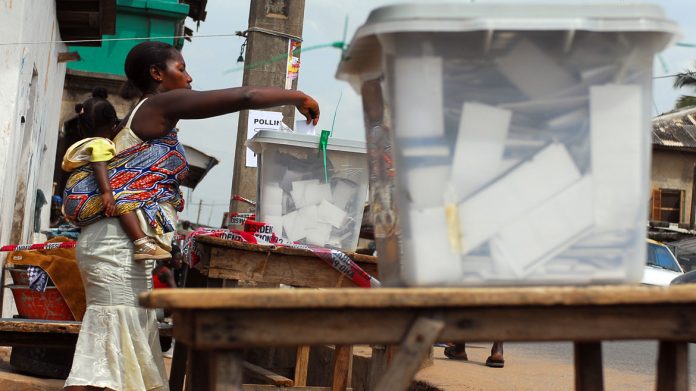 The Electoral Commission (EC) has given assurance to Ghanaians of a peaceful and transparent general election in 2020.

Mr Samuel Tettey, a Deputy Chairman of the EC in-charge of Operations, gave the assurance at the launch of the STAR Ghana Foundation election 2020 Projects in Accra.

“The 2020 elections can only be described as credible, peaceful and inclusive when it is operationalised and implemented in a peaceful environment that facilitates the active participation of all Ghanaians to express their supreme will in the outcome of elections,” he said.

With funding from DFID and the European Union, STAR Ghana Foundation is supporting 26 civil society organisations with nine million Ghana cedis, aimed at increasing their effectiveness and citizens’ action towards achieving credible, peaceful and inclusive presidential and parliamentary elections in 2020 and a smooth transition subsequently.

Mr Tettey said Ghana had conducted not less than seven successful general elections; and matters such active citizenship for credible, visible and inclusive electoral prosecution means a relevant issue with respect to the successful parading and implementation of a successful 2020 election activities.

He said the EC as part of its preparations towards the 2020 elections would continue to collaborate with the relevant stakeholders to facilitate and enhance the creation of an electoral environment that was free from impediments to the enjoyment of the already enjoyed rights and freedoms in support and encouragement of active citizenship.

Mr Tettey said the EC would continue to involve citizens in elections in various ways including creating awareness about the EC’s programmes, engagement with women groups, NGOs and recruitment of competent poling officials.

“Some challenges identified so far as active participation in the 2020 elections is concerned include voter apathy, disregard for human rights and the rule of law, political vigilantism and inadequate media reportage,” he said.

“The EC as part of preparations towards the elections is also having some internal restructuring and strengthening of institutions, for example the establishment of the legal department to guide the activities of the Commission and create professional and well trained officers.”

He said active citizenship covers the rights and responsibilities of citizens and it was these acts of citizens taking part in doing public good, that was an active citizens’ participation in culture, economic, social and political as well as on national, regional and local basis; stating that “but in the context of elections, what we can say is that without citizens’ participation, there cannot be a meaningful electoral democracy”.

Mr Ian Walker, the British High Commissioner to Ghana, who delivered the keynote address, appealed to the Government to deal with political party vigilantism during elections because it risks damaging Ghana’s global reputation as a stable democracy.

“Violence at elections not only harms the Ghanaian people, it really risks damaging Ghana’s hard-fought and well-earned reputation globally.”

Madam Diana Acconcia, the Head of the European Union Delegation to Ghana, appealed for a level playing field for all candidates and political parties in the country.

Mr Samuel Akuamoah Boateng, Deputy Chairman in-charge of Operations, National Commission for Civil Education (NCCE), said as part of efforts to increase the number of women contesting for political positions in the country, there was a need for stakeholders to consider reducing their filing fees.

Mr Ibrahim-Tanko Amidu, the Executive Director of STAR Ghana Foundation said accountability and responsiveness of the state, and arms of government, to citizens begin with issue-based elections during which citizens were able to interrogate the manifestos and campaign promises of candidates and political parties; which provides a basis holding elected officials accountable.

“Supporting all citizens to engage with and participate effectively in all stages of the election process helps to deepen citizen ownership of the country’s democracy and defend it.”

‘I wonder if they’re serious’ – Shirley on up and coming...

Be watchful of PPE donations from China – African leaders told