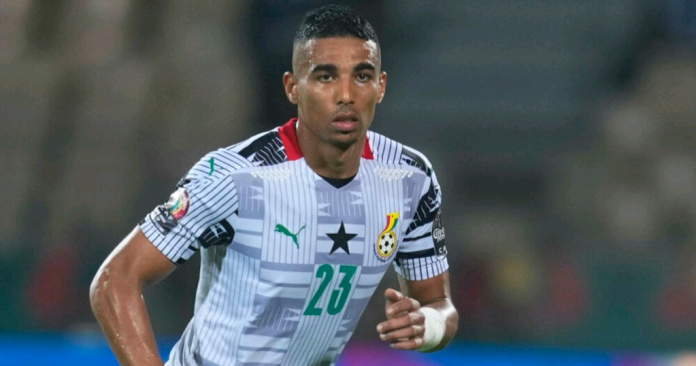 Alexander Djiku is missing from the Black Stars team for next month’s 2023 Africa Cup of Nations qualifiers against Madagascar and Central Africa Republic respectively.

The French-based defender has been excluded from the Ghana squad by head coach Otto Addo for the games in the qualifiers and at the mini tournament in Japan.

The 29-year-old has since been replaced with another French Ligue 1 player, Alidu Seidu who plays for Clermont Foot FC.

The RC Strasbourg Alsace man has been very consistent for the Black Stars since he was handed a call-up by former Black Stars coach CK Akonnor.

According to our source, the player was excused by the Black Stars technical team led by coach Otto Addo to help him conclude on his club future as he runs out of contract this summer at the France club.

Clubs in Spain including Sevilla and Villarreal are reported to have shown interest in the player including some unnamed English Premier League outfits.

Ghana will play Madagascar on June 1st at the Cape Coast stadium before the second game against Central Africa Republic in a week time.

The 29-year-old Ghanaian defender played 31 matches and scored a goal which won him Goal-Of-The-Month award against AS Monaco.