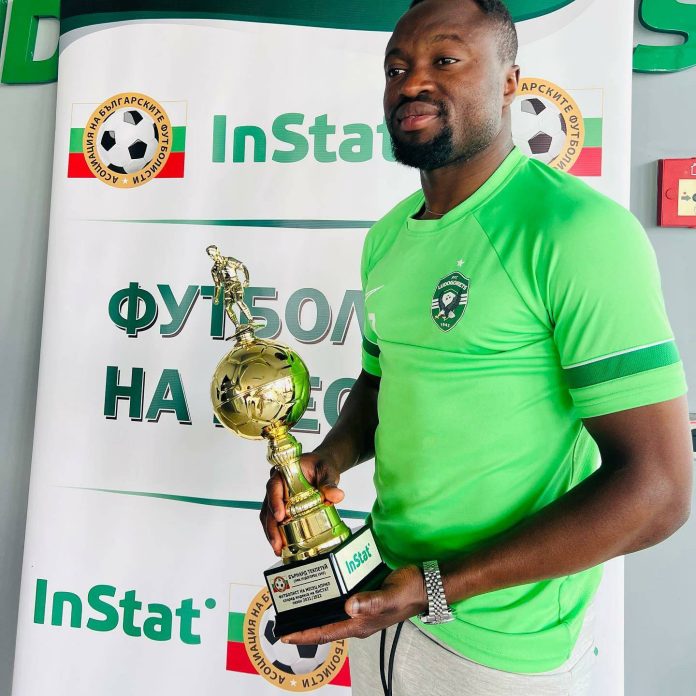 Ghana’s attacker Bernard Tekpetey was adjudged the Player-Of-The-Month for April in the Bulgarian First Professional League on Friday Morning.

Tek also provided four assists in those five games together with his five goals to be emerge as the best player in the league in the month of April.

He also won three Man-Of-The-Match awards in the month in question and was the most outstanding player in the Bulgaria top-flight.

His team won the championship for 11th consecutive times this season and his 2nd consecutive titles since joining from Schalke 04.

Tekpetey played for Ghana at the 2017 Africa Cup of Nations tournament when Cameroon won the competition.