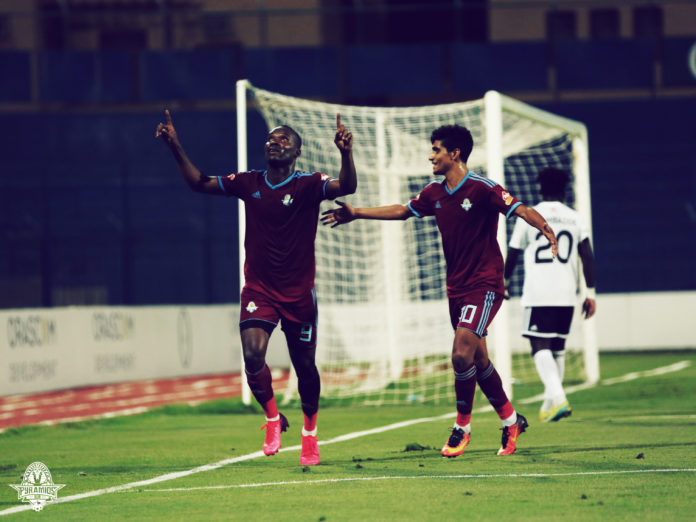 Ghanaian forward, John Antwi, has reached another milestone in his illustrious career in the Egypt Premier League.

The Ghana international scored for Pyramids FC in their 1 – 2 defeat away from home to El Gounah FC on Sunday.

With the 28-year-old’s strike in his team’s defeat yesterday, the predator finisher has now become the first foreign player to reach 100 goals in the Egyptian top-flight.

The former XI Wise attacker netted his fifth goal this season and has now bagged a total of 100 goals since his debut with Ismaily in 2015.

Antwi scored 35 goals in Al Ismaily colours and continued with his impressive form at Al Ahly with 11 goals before hitting 40 goals for El Makhasa and completing his scintillating goalscoring form with 14 goals for his current team Pyramids FC to reach another milestone in his industrious career.

The Ghanaian forward has scored five goals in 23 matches with three assists this campaign for Pyramids in the Egypt Premier League.

Ghanaian winger Owusu comes off bench to score winner for 1860...