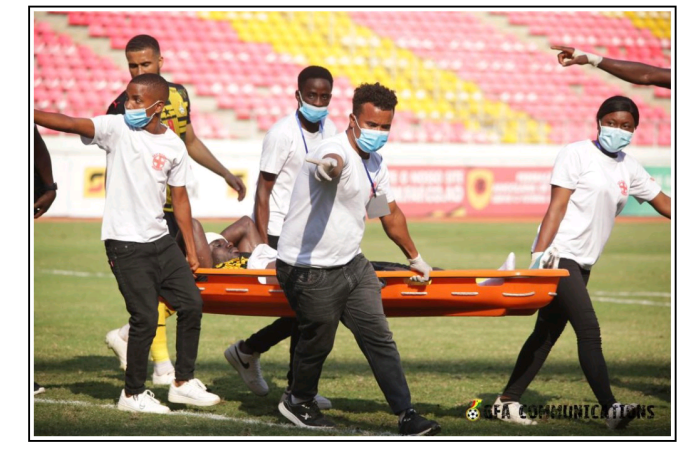 Defender Jonathan Mensah is in a stable condition and responding to treatment at Clinica Girasol – a private hospital in Luanda- Angola.

The Columbus Crew man suffered a head injury during the second half of the Africa Cup of Nations qualifier between Central African Republic and Ghana at the 11 du Novembro stadium in Luanda on Sunday, June 5, 2022.

The defender suffered a headbutt from an opponent resulting in a concussion. He was given emergency treatment on the pitch before being rushed to the hospital for further treatment.

CT Scans confirmed normal findings but would have to spend the night at the hospital for further assessment and evaluation.

We would like to call on Ghanaians, friends and family to remain calm as the Black Stars medical team works around the clock to get him back on his feet.