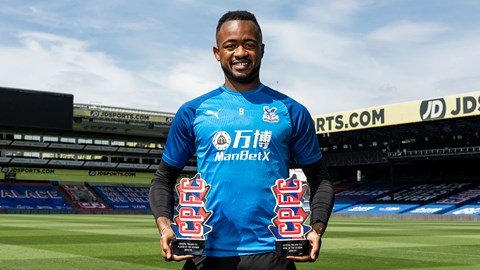 Jordan Ayew has been named Crystal Palace F.C. Player of the Season for his stellar campaign across 2019/20, with the club’s fans naming the forward as their choice by a clear distance.

Ayew, scored nine times this season and played in 39 games, received an impressive 37% of the total votes from almost 6,000 supporters.

.Ayew became Ghana’s top scorer in the history of EPL after beating Tony Yeboah’s 24 goals tally in the English top-flight this season with his nine goals which took him to a total of 25 Premier League goals.

If you won’t tell your story by debating other presidential aspirants,...