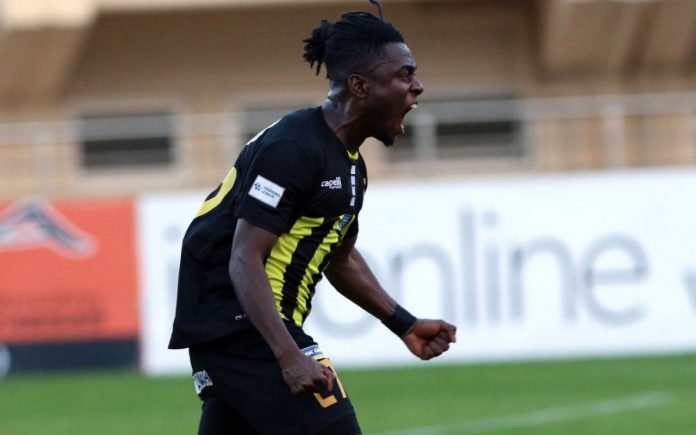 The 22-year-old winger was on target as his side Ergotelis defeated Panachaiki in the Greek Super league II by 2-1.

Greece international Manolis Rovithis gave the home team a 17th minutes lead after finishing off a nice move to send the home fans on cloud nine.

Kwateng added to his tally this season by scoring his side’s second in the 28th minute mark to give the home team a comfortable two-goal lead.

The away team reduced their two goals deficit to one three minutes from the break when Panagiotis Moraitis scored to give the away side a lift before recess.

Both teams created a lot of chances in the second 45 minutes with both set of strikers squandering all the glaring goalscoring opportunities.

Ergotelis held onto their first half 2-1 lead to secure their third successive home win in the Greek second tier.