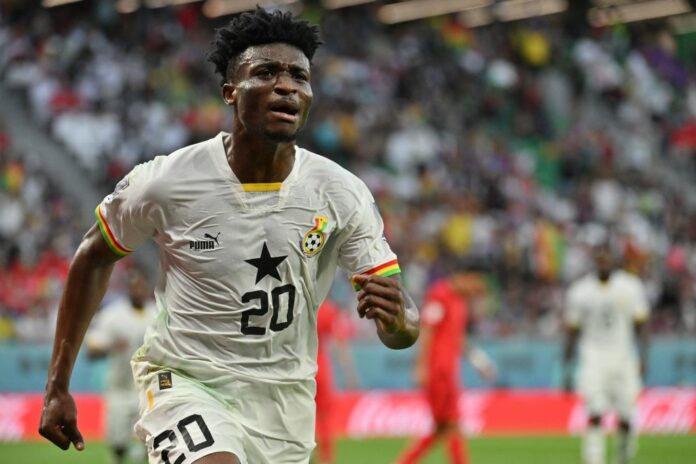 The son of legend Johan Cruyff confirmed that the Culers have been keenly monitoring the player at his current club AFC Ajax Amsterdam in the Dutch Eredivisie.

According to him, FC Barcelona have been following the in-form Ghana player for the past one year, monitoring his progress and performances for the Dutch Eredivisie giant.

Despite admitting that the player have been seriously been on the team’s tracking of players list, he cannot say for sure that the midfielder would be joining the club soon.

“He’s scoring goals and in Holland they discuss a lot about his position, so yes – I know him well”.

Kudus has five goals and two assists in the 2022-23 Dutch Eredivisie for AFC Ajax Amsterdam who are second on the league table.

The 21-year-old left-footed Ghanaian young midfielder is already proving his mettle at the 2022 FIFA World Cup tournament in Qatar scoring two goals and one assist in two matches with one Man-Of-The-Match award so far.