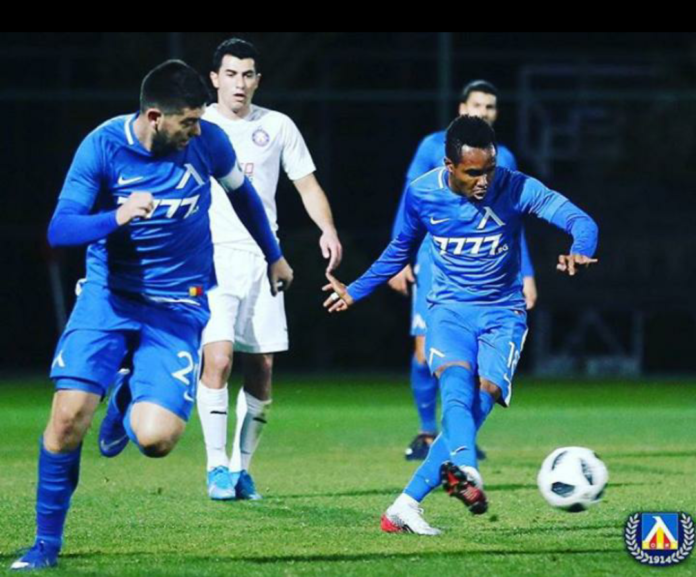 Ghanaian winger, Nasiru Mohammed, found the back of the net for Levski Sofia in their 3-0 home win over CSKA 1948 on Saturday.

The Ghana international scored for the first time in the Bulgarian First Professional League in week six round of matches.

The 26-year-old attacker broke the game’s duck with a beautiful strike inside the 6th minutes to put the host 1-0 up in the first half.

Borislav Tsonev made it 2-0 to the home team 11 minutes into the second and added the third and final goal of the match three minutes after the hour mark.

Nasiru was subbed off two minutes to the final whistle as his side enjoyed an emphatic 3-0 win to go fourth on the league table after ten games.

The former BK Häcken man has a goal in four outings for Levski Sofia in the Bulgarian top-flight.

Sampdoria eyeing up a move for Ghana teen Kudus